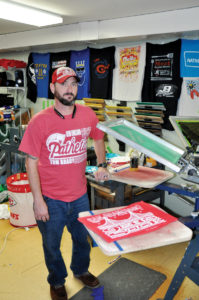 âThe loudest crowd roar at a sports stadium is 142.2 dbA and was achieved by fans of the Kansas City
Chiefs (USA), at Arrowhead Stadium in Kansas City, Missouri, USA, on 29 September 2014. The roar was
recorded with 8 seconds remaining in the first quarter. The Chiefs defeated the New England Patriots
41-14.â www.guinnessworldrecords.com. Charlie Edrington is âofficially awesomeâ and licensed to
hate, according to Kansas Cityâs mayor, who pardoned Edrington for a crime he absolutely committed.

A certificate hanging on Charlie Edringtonâs wall says he helped organize âthe loudest roar at a sports stadiumâ in the history of mankind. When one hears this sort of far-fetched claim, usually itâs a bunch of hot air, but this time, itâs certified by the Guinness Book of World Records.

For decades, NFL fans argued about which crowd could cheer the loudest. Many cities claimed the unofficial title, but the debate was waged without objective evidence.

Charlie Edrington started thinking outside the box at a young age. As a second grader in Texas, most of his classmates rooted for the Dallas Cowboys. But after Edrington witnessed a Kansas City running back with a bulldozing running style who preferred to run over people instead of around them â Christian Okoye, nicknamed
the Nigerian Nightmare â the young fan was hooked on the Chiefs.

Decades later and still a diehard fan who now lives in Des Moines, Edrington orchestrated a local Chiefs tailgating fan club. He and others like him started floating the idea of getting the Guinness record for the Chiefs, thereby ending the age-old NFL argument.

âMyself and Tim (VanderPol) started Terrorheads,â he says. âWe are about 11,000 strong now on Facebook. We have about 600 at our tailgate for home games in KC, and the 515 tailgate crew is about 75 deep for a core amount at Trumanâs for away games. Myself and four others have the core base here for the 515 crew.â

The Chiefs organization heard of Terrorheadsâ idea and bought in by offering to help with publicity, and it paid the fees involved. Hosting a Guinness judge, along with a properly calibrated decibel meter, cost more than $10,000, all together.

The Seattle Seahawks had previously set the outdoor noise record, but the Terrorheads and the Chiefs bested them by posting a mark of 137.5 decibels.

For comparison purposes, an aircraft carrier omits a noise level of 140 decibels, ditto for a jet engine from 100 feet away, and it is said that, at 150 decibels, human eardrums start to rupture.

All was well in Chiefdom for a while, but then Seattle answered by bringing Guinness back to Centurylink Stadium and squeaking out a mark of 137.6 in 2013.

Not to be outdone, the Terrorheads went back to work, and on Sept. 29, 2014 â a Monday night game against the New England Patriots â Edrington and more than 76,000 others at Arrowhead called out a record roar of 142.2 decibels, smashing Seattleâs mark and making the record unlikely to be beaten in the foreseeable future.

âA few have attempted it since then,â Edrington says. âBut nobody has gotten close when making an official attempt.â

The framed certificate from Kansas Cityâs mayor officially pardoning Edrington for breaking the cityâs noise ordinance is displayed on his wall.