Hereâs a one-paragraph, one-sentence, 293-word essay Ken Fuson wrote for The Des Moines Register on a warm spring day in 1995:

Hereâs how Iowa celebrates a 70-degree day in the middle of March: By washing the car and scooping the loop and taking a walk; by daydreaming in school and playing hooky at work and shutting off the furnace at home; by skate-boarding and flying kites and digging through closets for baseball gloves; by riding that new bike you got for Christmas and drawing hopscotch boxes in chalk on the sidewalk and not caring if the kids lost their mittens again; by looking for robins and noticing swimsuits on department store mannequins and shooting hoops in the park; by sticking the ice scraper in the trunk and the antifreeze in the garage and leaving the car parked outside overnight; by cleaning the barbecue and stuffing the parka in storage and just standing outside and letting that friendly sun kiss your face; by wondering where youâre going to go on summer vacation and getting reacquainted with neighbors on the front porch and telling the boys that yes! yes! they can run outside and play without a jacket; by holding hands with a lover and jogging in shorts and picking up the extra branches in the yard; by eating an ice cream cone outside and (if youâre a farmer or gardener) feeling that first twinge that says itâs time to plant and (if youâre a high school senior) feeling that first twinge that says itâs time to leave; by wondering if in all of history there has ever been a day so glorious and concluding that there hasnât and being afraid to even stop and take a breath (or begin a new paragraph) for fear that winter would return, leaving Wednesday in our memory as nothing more than a sweet and too-short dream. 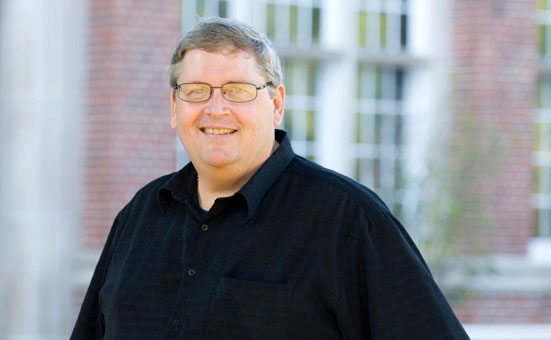 Ken Fuson could write. He was one of the half-dozen or so best writers ever to go through the Register newsroom. Maybe one of the best two or three. Maybe the best.

He grew up in Granger in the 1960s, and his dream was to become a reporter at The Register. âI learned to read with the Registerâs comic pages. My love of sports was shaped by Maury White, Buck Turnbull, Ron Maly and Chuck Burdick. My sense of humor was honed by Frank Miller and Donald Kaul,â he wrote in a farewell note to the staff when he left in 1996 after his first stint there.

If he didnât fall in love with Fruhling, he fell in love with The Register. âIt taught me that I was something special,â he wrote. âI was an Iowan. I wasnât just a fat kid in a small dumpy town where you couldnât even buy a comic book.â

He could report on meetings or arrests or accidents and always find the telling detail, the apt quote. But it was the long stories where he excelled. Like a war correspondent, he would embed himself in a town or a school to capture emotions as well as facts. âEmotional facts,â he called them. As The Register declined under Gannettâs ownership, he left for the Baltimore Sun, then a great newspaper, where in 1998 he wrote a 16,000-word story following the hopes and dreams of high-school students trying out for the school musical, “West Side Story.” The story â almost half as long as a novel â ran in six parts and filled 17 pages of newsprint. It was spellbinding. âIt is a masterful story about teenagers coming of age in the complicated 1990s,â a journalism magazine said. The story itself could have been turned into a musical. He was at his best.

Yet all the time â in the early 1990s at The Register and during his three years in Baltimore â Fuson was dealing with an addiction that was upending his life: He was hooked on horses. He didnât sit at slot machines, he didnât play table games, he didnât bet on sports. He didnât hang out in bars. But he couldnât stay away from racetracks.

He had himself banned from Prairie Meadows in 1996, but that just prompted him to drive to Nebraskaâs tracks. In Baltimore, he couldnât stay away from the Maryland tracks. He lost everything â not only his shirt, but his marriage and a chunk, at least, of his career. It took years, but he rebounded â he gave much credit to religion in general and the Lutheran Church of Hope in particular, and his friends and bosses and addiction experts never gave up â and he came back to The Register for another productive eight years, leaving for good in 2008.  As newspapers cut back, he never became cynical. (Though he came close. He formulated Fusonâs Law â âNewspapers stop being a business and become a noble calling at the precise moment that you put in for overtime.â)

Along the way, he started teaching writing at workshops, where he had almost a cult following. His clips were his credentials, and they were better than any doctorate. He wrote a book or two. He did some public-relations writing for Simpson College, and he mended any relationships that the horses had trampled upon. He also worked hard and often successfully to help others addicted to one thing or another.

But a few months ago, his body started falling apart. Ultimately, his liver failed â ironically, he rarely drank â and over the holidays he was taken to the University of Nebraska Medical Center in Omaha, hoping to qualify for a transplant. He had been there just a few days when, on Jan. 3, he died. He was 63 years old.

He was a great writer. Itâs too bad he wasnât around to write his own obituary. It might have started this way, with a story about his early days at The Register:

âI remember my first week [at the paper], standing next to Frank Miller at the urinals, telling the great cartoonist how wonderful he was and what an honor it was to meet him and how he was just the best and just going on and on. Frank looked over in that slouching imperial manner of his and said, âYouâre peeing all over your shoes.â â ♦