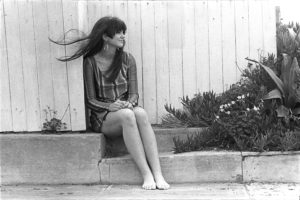 BrightFocus Foundation, a nonprofit organization funding scientific research and promoting public awareness to end diseases of mind and sight, announced a special, free virtual presentation of the award-winning documentary “LINDA RONSTADT: THE SOUND OF MY VOICE” on June 4-10. The at-home movie night will feature an introduction from the filmâs producer James Keach and interviews with key scientists discussing their current research.

âI believe in the power and promise of science to end disease and save lives, and this is why I am glad to showcase both the transcendent beauty of Lindaâs voice in this film as well as the bold, groundbreaking research of BrightFocus,â Keach said, noting that Ronstadtâs iconic career was cut short by a neurodegenerative disease.

Stacy Haller, BrightFocus Foundation President and CEO, added, âThe scientists supported by BrightFocus are relentless in their drive to slow and end diseases that rob us of our memory and our sight.  We could not have found a better film to both bring back so many great memories and remind us how now, more than ever, the need for innovative science is abundantly clear.â

In addition to James Keachâs introduction prior to the presentation of the film, four BrightFocus-funded scientists will briefly introduce their work. They include: Sarah Doyle, PhD, Assistant Professor in Immunology, Clinicalâ¯Medicine, Trinity College Dublin; Makoto Ishii, MD, PhD, Assistant Professor of Neuroscience and Neurology, Weill Medical College of Cornell University;  Amir H. Kashani, MD, PhD, Associate Professor of Ophthalmology, University of Southern California and Roski Eye Institute; and Yvonne Ou, MD, Associate Professor, Ophthalmology, University of California, San Francisco. They are among more than 200 scientists around the world whose ongoing research is supported by BrightFocus.

Directed by Rob Epstein and Jeffrey Freidman, “LINDA RONSTADT: THE SOUND OF MY VOICE” premiered at the Tribeca Film Festival in 2019 and became a festival darling, winning multiple awards and gaining critical acclaim. The film looks at the life and career of the legendary singer Linda Ronstadt from her childhood in Tucson through her decades-long career with successes singing and interpreting seemingly every type and style of music at hand until her retirement in 2011. Frank Scheck (Hollywood Reporter) wrote that the film âwill delight the singer’s old fans and likely make her many new ones as well.” Owen Gleiberman (Variety) said the film âcaptures the life and career of a rock ‘n’ roll star who never looked back, never apologized, never compromised, virtually never made a wrong move, and made it all seem effortless.â

“LINDA RONSTADT: THE SOUND OF MY VOICE” At-Home Movie Night with BrightFocus can be watched for free at brightfocus.org/movie and viewed on any computer, tablet or phone from June 4-10. ♦