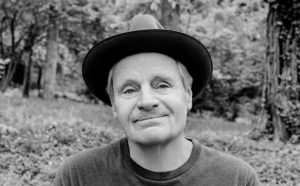 When Delbert McClinton comes to Hoyt Sherman Place on April 24, heâll be in his 62nd year of touring.

The accolades didnât stop early on in his career after his first Grammy award in 1992. Just this year, McClinton won a Grammy for Best Traditional Blues Album for his âTall, Dark and Handsomeâ album. He tells CITYVIEW how special this Grammy was.

âIt feels good. I did it with my band â the people I admire the most â to win it,â he says. âWe deserved to win. We made a great record.â
His band, âSelf Made Men+Dana,â sings bluesy rock songs such as âGiving it Up for Your Love.â At age 79, heâs hit his stride of six decades on the road with no chance of slowing down.

âThatâs what I do â sing. It feels good. Thereâs a song in my head all the time. This is where I find joy. It keeps me going and excited,â he says.

Early in his career, he launched a blues cruise. For the past 26 years, a cruise ship sails with McClinton and a dozen other blues and rock musicians. The Sandy Beaches Cruise starts in Florida and heads to Mexico. Nearly 1,700 folks enjoy sun, cruising and live music. Delbert says they were the first musicians to offer a live music cruise.

âWe started it and were the first ones to do a blues cruise. Now, everyone is doing it â metal, oldies, â70s. Ours is the best. Just ask anyone. Itâs like weâre all family. Itâs magical because itâs taken a life of its own,â he says.

As a seasoned blues singer and guitarist, McClinton noticed shifts in music over the years.

Heâs played with many great musicians, including a duet with Bonnie Raitt, âGood Man, Good Woman,â which earned them a Grammy. McClinton says his ultimate duet would be to sing with Tina Turner or Lady Gaga, who he says is the âreal deal.â

On the heels of his last Grammy, McClinton continues to write songs. He invites band members to his place in Mexico for two-week writing sessions.

âIâm writing all the time. Itâs a good life, what can I say,â he says.

Connecting with fans is important, simply through his music.

âWhen people are jumping up and down, dancing, it doesnât get any better than that,â he says.

McClinton knows not many musicians his age succeed and admires anyone those who âhang in there.â

âThey have a passion for it like I do. Itâs not that you want to do it, you have to do it. Itâs like itâs in there, and itâs got to come out. Itâs exhilarating working with the caliber of my band. Iâve never thought of quitting. My life is charmed because of music. Iâm the luckiest guy I know,â he reflects. ♦