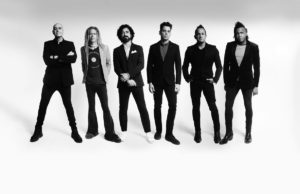 Newsboys is in its third decade of performing. Keyboardist and bassist Jeff Frankenstein spoke to CITYVIEW about the upcoming concert.

The original group was formed in 1985 by Peter Furler. Frankenstein joined the group in 1994. For this yearâs line up, two former members return, Furler and Phil Joel, re-branding themselves as Newsboys United. Frankenstein says itâs a unique situation.

âNot many bands invite former members to perform together and get along. That never happens,â he says. âItâs cool. Itâs gone exceptionally well. We have a tremendous amount of camaraderie between us.â

Because of the multi-era musicians, fans of all ages attend concerts.

âItâs the first time ever that, because weâve been together for 30 years, we now see three generations represented. We see grandmas, kids and their kids. Each became a fan at a different era,â says Frankenstein.

For those unsure of how Christian music differs from other genres, Frankenstein explains.

âItâs interesting that Christian music is the only music genre labeled because of its lyrics and not because of the music itself,â he says.

Yet the real reason for Christian music is the main substance of their lyrics.

âThe lyrics talk about how our faith impacts our lives,â he says. âIt doesnât always need to be super spiritual, but it means a lot to us about how we share our faith with different walks of life.â

Frankenstein says the driving factor is that fans are united from all different beliefs and walks of life.

âItâs non-denominational, and we all share our faith. People are unified at our concerts,â he says. âItâs cool to see everyone come together.â

Christian music varies from a traditional rock concert. Frankenstein explains, âMost pop shows you go to worship the superstar â itâs all about the star. At our concerts, all of us are worshipping the same thing. We try to make it inspiring, encouraging and uplifting.â

Fans are inspired as well. Frankenstein recounts a story about a young fan from Louisville, Kentucky. His uncle called the band saying his nephew was a leukemia patient at a hospital and asked if the Newsboys could visit.

âHe told us his nephew loved our music. Me and Jody (Davis) went to visit him, and we walked in on the boy, who was watching our videos on his iPad. We asked if we could sing for him, but instead he
sang âGodâs Not Deadâ from his hospital bed,â says Frankenstein.

Later that year, the boy recovered and attended one of their concerts.

âThese things make your job awesome,â says Frankenstein. âHow many people have a job where they can just sing and make people happy?â

He says thereâs a great opportunity to inspire people through their music.

âEspecially in todayâs world, people need inspiration,â he says. âNot that weâre perfect, but we gladly accept the role of being a positive influence.â ♦