And you wonât even need a manual. 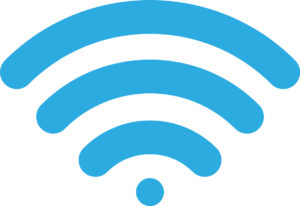 Manuals are the bane of nearly every manâs existence. It doesnât matter if youâve purchased a âsome assembly requiredâ set of shelves, a brand new computer, or a car; reading a manual is one of the dullest tasks in the world. Plus, manufacturers donât make it any easier. For instance, if you buy a top-shelf, professional mirrorless camera from Sony, the A7R III, finding online support for the device means you need to know the production name of the device as well; i.e. ILCE-7RM3. If reading the manual for that camera isnât bad enough, simply reading that production name out loud will put you to sleep. I wish this were a column about the end of manuals and all knowledge were ready to be consumed in pill form, but that is not meant to be for some time. If there is one small piece of relief to share in this arena, it is that one of the most egregious production naming fiends on the planet has decided to make the marketplace just a bit more friendly for the technology consumer neophytes.

When your Internet goes down, what is the first thing anyone with a speck of knowledge does? You unplug your router, wait a few seconds, plug it back in, and say a quick prayer that this was all you needed to do. All too often, this experience results in one of the most dreaded requirements: calling your Internet service provider. We may all say the frustration is in the quality of service and poor solutions being offered, but, truthfully, it is our own lack of understanding on how the Internet works. What is an IP address? Am I on a 2.4 GHz and 5GHz wireless data transfer frequency? Does my router provide 802.11a, 802.11b, 802.11g, 802.11n and 802.11ac?

These important pieces of data transfer identification are some of the driest and most bewildering technology tidbits on the planet. Only an engineer would title a data transfer protocol something so ugly as 802.11b, partially because it works well in a spreadsheet and speaks to the wireless standards, but truthfully because it is a way to split the world into those who know and those who donât. Well, fear not, consumer. In the near future, youâll never find yourself staring blankly at a boxed router in Staples or Best Buy wondering which flavor of 802.11 you need.

When 802.11-1997 was introduced, Iâm guessing the engineers werenât thinking about consumers. But two years later, when the general technology marketplace started embracing wireless connections (i.e. WiFi), no one thought to dumb down the protocol jargon. Twenty-one years after the fact, this insanity is being reduced to Wifi 6 for consumers. Even better, previous protocol names will be converted as well. So the last standard â802.11acâ will be Wifi 5 and so on. To engineers, 802.11ac means connections 600 times faster than .1997, and Wifi 6 (or 802.11ax) will mean a minimum of 2,400 times increase in data transfer speed from .1997. To consumers, we will be blissfully unaware of the ugly naming and protocol math, but we will definitely notice the awesome bandwidth of bufferless 8K video delivery and stronger connections farther away from our routers.

But, of course, the unnoticed change is likely to be the best. Now when youâre standing in that aisle at the big box tech store, youâll no longer be at the whim of some employeeâs knowledge base. When you go to look for a shiny new router starting next year, instead of scratching your head at 802s, just look for the highest WiFi number you can find. Youâll be in and out of the store in less than 10 minutes â without a headache and without having to read a manual. ♦