âFortniteâ is winning the entertainment battle 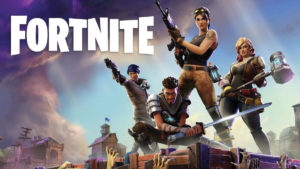 Most every tech-enabled marketplace celebrates a new industry darling each year. Whether itâs movies, social media, podcasting, transportation, applications, music or any other silo of technologically enhanced goods creation, some unforeseen innovation captures the industry eyes. But every once in a while, something rises above the intended producer/consumer ecosystem to grab headlines across society as a whole. These red-hot crossovers attract superlatives such as âgamechangerâ or ârevolutionary.â Just starting to boil over is a cartoonishly violent, freemium videogame called âFortnite.â

Videogame megahits are not new. Decades of examples can be cited where men, women and children are captivated by pixelized, remote-controlled entertainment. âFortniteâ is the semi-annual superhit that is inching its way into zeitgeist-wide. As is generally the case with super power videogames, âFortniteâ is a massive multiplayer game that allows users to play against each other online, either in solo, duo or four-player âsquadâ modes. The popularity springs from its battle royale mode wherein the game map shrinks as time runs down in a skirmish until the final player or team is left standing. It is basically âThe Hunger Gamesâ without the gore or teen angst, instead replaced by hypercolor cartoonish characters with absurd weapons and firearms.

Multiplayer shootouts are nothing new, but the game also offers a âSave the Worldâ mode where players must make tactical decisions to defend a fortified position that houses civilians from the undead. The bloodless fighting mixed with less-than-realistic characters and situations makes this more fun than intense, riding the line between Nintendo childishness and Playstation-Xbox ultra-real war depictions. As such, gameplay is suitable for a younger audience (as long as you donât mind setting aside the fact youâre battling to the death).

A major driver of the boundary-pushing success of the game is that the reduced version of the game âFortnite: Battle Royaleâ is available across platforms and is a free-to-play product. The full console (Xbox One, Playstation 4, Mac, PC) âFortniteâ costs $60 and includes the various versions of gameplay. âBattle Royaleâ is only multiplayer gaming, each melee round is only 20 minutes long, and the skirmishes can include up to 100 people. So even without a narrative or greater options of the purchased âFortnite,â the lesser Battle Royale still provides a fast-paced experience with easy replay opportunities at no charge.

The freemium aspect of the game is imperative to the success of âBattle Royaleâ and âFortnite.â Whether weâre talking âAngry Birds,â âCandy Crush,â âFlappy Bird,â âPokemon Go,â or âFortnite: Battle Royale,â every gaming superhit of the last 10 years came from a mobile gameplay environment and allowed users the option to play for free or spend a few dollars here and there to get a leg up on the field of players. The overwhelming majority of Battle Royaleâs 4-million-plus players never spent a cent, but those who couldnât resist the urge to fork over some cash and take short-cuts to enhance the appearance of their avatar have set the developers of âFortnite,â Epic Games, to end up with $3.5 billion in sales in 2018 alone.

Again, the overwhelming majority of the design and gameplay is retreads of previous gaming tropes. âFortniteâ and âBattle Royaleâ just hit the sweet spot of freemium play, bloodless fun and timed experiences to keep players coming back for more. The danger for the industry comes in learning the wrong lesson. Is âFortniteâ the new âWarcraft,â a gaming ecosystem that has thrived for nearly 20 years? Or is it âPokemon Goâ that hit the market like an atomic bomb but quickly dissipated? Thankfully, players donât need to worry about this looming question. For us, âFortniteâ is simply a good time that, if you arenât careful, can eat up an entire Saturday. ♦