We must embrace the impermanence of technology

If you figured it out by now, nothing in tech lasts. Fading into obscurity almost as fast as a seasonal fashion trend, technology producers and consumers jump from innovation to innovation, from platform to platform, and hardware to hardware without even a glimpse to the past. Whether it’s iPods, flip phones, VHS or even desktops, technology not only advances but doesn’t even hold a public funeral for the gadgets that once ruled our lives. The next former king of the technology empire to sail quietly into the night is CDs, or compact discs.

While today CDs are mainly found in libraries and truck stop bargain bins, the high-fidelity compact disc was once a revelation. First unveiled in the early 1980s, by the mid 1990s CDs had completely eclipsed all consumer audio technology. Vinyl LPs were holding on for dear life, audio cassettes were virtually erased from existence, and reports of new release compact disc sales jumping into the millions had become common place. By 1993, CDs were the unquestioned champion of the market, but as dramatic film has taught us, the germ of its demise had already been released onto the world.

Every American music fan alive knows that MP3 pushed audio into the new millennium. But unlike CDs, this usurper was more about convenience than quality. CD sales started to dip and, interestingly, vinyl started to rise from the ashes. Today, 25 years after the MP3 was first unveiled and compact discs looked unbeatable, the end is nigh. Best Buy, the go-to destination for CDS in the 1990s, has announced it will no longer sell the physical media in its stores. Similarly, Target is attempting to turn its CD sales into a consignment-style arrangement, wherein the mega-retailer would only pay for its CD inventory when the merchandise is actually purchased and out the door. While digital sales and streaming might be popular, the revenue generated from therein is paltry compared to the great bounty compact discs hauled.

On the surface, this story would seem like a warning to watch your dollars when building a personal library of music, but the fall of the CD is a bellwether for so much more. The future of technology is leaving physical goods behind. Vinyl may be chic, but if the industry attempted to subsist on the revenue LPs generated (14 million records sold in 2017), it would cease to exist within two fiscal quarters. No, the publicâs interest in discs, cassettes and physical media in general has been falling for some time. DVDs and Blu-rays secretly peaked more than 10 years ago, with 2007 U.S. sales and rentals topping $23 billion, whereas a decade later that same market was unable to reach $10 billion. This is a marketplace with new âStar Warsâ films every year and the juggernaut of Marvel superhero films pumping out mega-hits every four months. Still, consumers have become disinterested in owning any form of entertainment packaged goods.

The real money and interest is in streaming. In 2016, online streaming movie and TV revenue passed physical media for the first time, and the trend has only continued. Netflix, HBO, Hulu, Vudu and other popular video streaming services have made up the lost DVD-Blu-ray sales with more than $10 billion in subscriber revenue. The audience shift is completely transparent when you consider Netflix streaming was unveiled in 2007, the very year DVD and Blu-ray peaked.

The real question is what future media delivery will supplant streaming. If CDs and DVDs fate were sealed once they reached the top, history tells us some new media innovation is out there right now to upend the market 10 years from now. ♦ 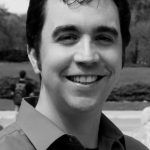