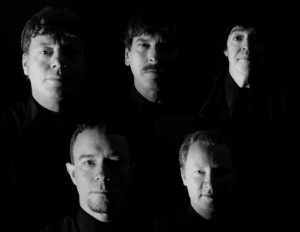 As a 5-year-old farm kid, Tom Murphy listened to his momâs big-band era music of Glenn Miller or his dadâs country tunes of Johnny Cash. One day he turned the dial on the radio station and caught the Beatlesâ song âRevolution.â
Mesmerized, he wondered, âHow could this be so different than my parentsâ music?â

His mom scolded him but later relented, and he received his first Beatles record, âHey Jude,â for a birthday gift.

âShe must have researched who the Beatles were and approved,â he says.

Fast forward a decade later, when Murphy visited New York with his mom. She wanted to see a Broadway show, but he talked her into attending the show âBeatlemaniaâ next door, which sealed his desire to perform Beatles music.

âBecause our specialty is digging deep into the Beatles catalog, itâs basically a magical history tour of the Beatles,â he says.

The band performs local venues in central Iowa. Part of their shtick is changing costumes, including clothing styles of the Cavern, Shea Stadium, Sgt. Pepper and Abbey Road.

Tom knows there are other Beatles cover bands, yet they try to distinguish themselves by having five members instead of four. At their concerts, they perform 45 songs, with their vast musical library a âcalling card.â

âRocky Raccoon gives people the visuals without trying to take on the individual personas. Other bands mix comedy and banter, whereas we use our time to get deeper into the Beatles catalog,â says Tom.

Fans of all ages are represented at their concerts.

âItâs a blast to see from the stage,â he says. âEveryone knows the Beatles songs. We have 3-year-olds singing to âYellow Submarine.â Weâve got 75-year-olds who first saw them on the âEd Sullivan Show.â â

Tom is a full-time musician, playing country, blues and more.

Jim Tharp is a member of the Iowa Rock and Roll Hall of Fame. The musicians are disciplined and in sync with one another.

âThe musician-ship in the band is stellar,â he says. âIt helps to have five like-minded individuals without an agenda, other than to make the band the best it can be.â ♦