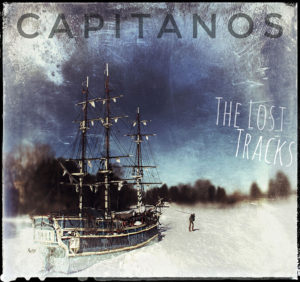 If you told me this album came out in the 1970s, I would believe you. The lyrics and the grooves all come together beautifully to harken back to a simpler, more honest time in music. Be it David Haasâ vocals or Jason Bunsâ and Steve Robinetteâs expert guitar playing, it evokes the 1960s/1970s era of music. The album opens with âGood Captains,â a solid introduction that makes you want to throw on bellbottoms. âSmall Armiesâ is another highlight that is reminiscent of the Grateful Dead. Allison Wellsâ backup vocals and her work on the keys throughout the album are especially good.

The Lost Tracks are a band of Iowans who bring a lot of experience to the table. While this is the bandâs first album together, each has been playing music for more than 20 years, and it shows. They play confidently and with ease, as showcased on every track of the 12-song album âCapitanos.â This is an album that fans of Head East, Cat Stevens and Bob Seger will enjoy.♦ 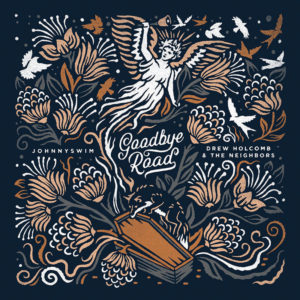 A collaboration of modern folk, pop and rock artists wrote and recorded music following a trio of traumatic events: racial assaults in Charlottesville, Virginia; the massacre at Route 91 Harvest Festival in Las Vegas and Tom Pettyâs death. The result? An uplifting EP with feel-good tracks.

The artists include Johnnyswim â Abner Ramirez and Amanda Sudano (daughter of disco legend Donna Summer) â Penny and Sparrow and Drew Holcomb and the Neighbors.

The title song, âGoodbye Road,â begins with a humming, harmonizing tune. The catchy chorus sings of âstrangers, outcasts, artistsâ who arenât where they thought theyâd be in life. But they still made it home, down Goodbye Road. In the middle of the song, an a capella verse displays the five singersâ ranges, providing more depth than a single soloist.

A remake of Tom Pettyâs, âI Wonât Back Down,â recorded the same week Petty died, features all five singers taking different leads on the verses. It easily showcases their unique talents, although the pace is painstakingly slower than the original Petty tune.

The music refrains from fitting in a traditional folk or pop mold yet appeals to a wide range of inspired listeners. ♦