Yes, Santa, there was a Virginia! 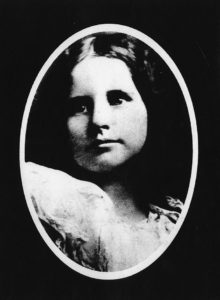 OK. OK. I didnât really interview the Virginia who was 8 when she wrote the famous 1897 letter asking The New York Sun, âIs there a Santa Claus?â But I did find reassurance that even in a âskeptical age,â Santa âexists as certainly as love and generosity and devotion exist.â Thatâs how Francis Church responded in a Sun editorial, âYes, Virginia, there is a Santa Claus,â which became a Christmas classic.

My reassurance came 67 years later from Virginiaâs daughter, Laura Temple, who lived in North Chatham, New York. She said her mother had not died, as a rumor had it, but was sound asleep now and could not come to the phone. (It was late in the December evening, after all, and I was a couple of hours into my 7:30 p.m. to 4 a.m. shift.)

I worked for the Associated Press then â Christmas 1964 â in Albany, about 25 miles from North Chatham and had called the Temple home to check on Virginia because of the rumor.

The daughter was as nice and as thoughtful as I figured her mother, then 74, must still be.

Virginia OâHanlon Douglas was to die seven years later in 1971, having lived a life of service and joy faithful to the image people should have of the Virginia who penned the letter.

She had long served as a school teacher and principal in Brooklyn and to her dying days thought no one was ever too old to not believe in Santa.

That evening comes to mind each year around this time, just as I also recall a much sadder Christmas phone call in 1962, made while working at The Fresno Bee in California.

The Bee, as other newspapers at that time, ran obituaries on everyone who died in the community â news stories, not paid obits.

So Bee reporters phoned the homes or relatives of the deceased to confirm the information received from funeral homes â confirming the spelling of names and other details from the funeral home and getting other information from the family.

Some might see such newsgathering as terribly intrusive upon grieving families. My experience was that families appreciated the calls and the thoughtfulness of the paper.

I probably made hundreds of such calls, but this Christmas Day one was among was the worst. Thatâs because I was talking to the young widow of a young man who had left the home for a few minutes to get some food for their newborn child, and he was hit and killed by a drunken driver.

In almost any job, you are reminded of the fragility and preciousness of life and how you should cherish each moment. Itâs just that in some jobs such reminders come more often and sometimes make you wonder about advocates of long-range or strategic planning who act as though they are in control.

Which brings up another perspective of our approach to Santa Claus â those who think Francis Churchâs editorial is a bit much when it comes to, say, U.S. foreign aid and assistance to the needy and vulnerable, not only in our nation but around the world. âWe canât be Santa Claus,â is the mantra.

Better informed sources point out that critics of such aid, and perhaps the public in general, far overestimate government foreign aid programs. They would like it to be cut back to, say, 10 percent of our budget. If the aid were âcut backâ to 10 percent, that would be about
a 900 percent increase in such spending, 10 times as much.

In 1970, the worldâs richest nations agreed to give 0.7 percent of their gross national income (GNI) to international development aid. Some 45 years later, six European nations had reached or exceeded that benchmark. The U.S. logged in at 0.19 percent, well less than a third of the benchmark, 20th among the 28 measured nations. (The data are from the Borgen Project, a non-profit that combats global poverty.)

Ranking 20th is far from being a Santa Claus and faithful to the spirit that excited Virginia and inspired Francis Church.

Which reminds me, did I ever tell you about my Yuletide contact with Virginia? ♦

Herb Strentz is a retired administrator and professor in the Drake School of Journalism and Mass Communication and writes the monthly
Rants and Reason column for CITYVIEW.