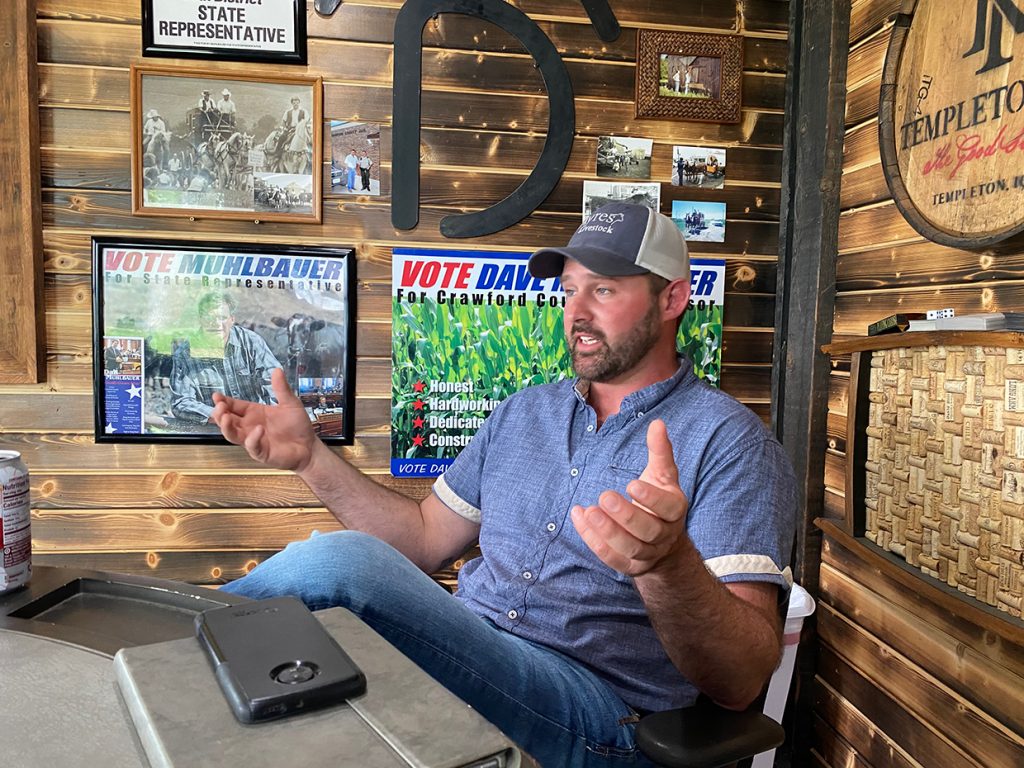 Dave Muhlbauer is the third generation in his family to consecutively serve in public office. His late grandfather, Louis, and father, Dan, were both state representatives in western Iowa. Photo By Douglas Burns.

Muhlbauer, who describes himself as an âold-school farming-labor Democrat,â is the only well-known Democrat to enter the November 2022 U.S. Senate race to this point. For his part, Grassley, a Republican who has held his U.S. Senate seat since 1981, says he may file for an eighth term, but likely wonât make his plans known until fall.

âIowa has been my home all my life,â Muhlbauer, 37, said. âThis is where I live, where I grew up, where Iâm raising my family. Having the grassroots connection to Iowa and its soil is who I am. Itâs why Iâm running for Senate.â

Muhlbauer, a son and grandson of former state representatives, the late Dan Muhlbauer and Louis Muhlbauer, farms and raises cattle and hogs in Manilla, at the southern edge of Crawford County.

Several members of Dave Muhlbauerâs family are engaged in agriculture on land near his farming operation just a stoneâs throw from Shelby County.

âIâve always in the back of my mind just had that eye that I wanted to run for the Senate someday,â Muhlbauer, a fifth-generation Iowan, said in an interview with this newspaper on his farm. âGrowing up we would talk about issues and whatâs happening.â

The Manilla Democrat, who narrowly lost reelection as a county supervisor in 2020 in a year when other members of his party were swamped in western Iowa, hopes a plainspoken style, on-the-farm folksiness and approachable personality can help him overcome huge Democratic deficits in rural Iowa, margins that have propelled most statewide Republican candidates to wins, many of them overwhelming, in recent elections. 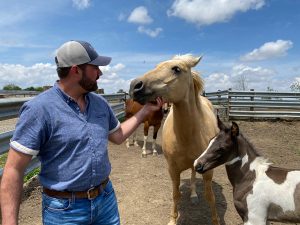 Dave Muhlbauer, a fifth-generation Iowan, is pictured on his farm near Manilla with horses Thunder, Maisie and 2-week-old Angus. Photo By Douglas Burns.

âItâs messaging,â Muhlbauer said. âItâs getting out there face to face. I am a western Iowa farmer. What I offer as an option is somebody who is living and walking what Iowans are all about. Iâm living every day with blood, sweat and tears.â

Muhlbauer said he learned at the county level that progress can be made without having initiatives emerge from the âradical right or radical left.â

Should Charles Grassley not run for re-election, his grandson, Iowa House Speaker Pat Grassley or eastern Iowa Congresswoman Ashley Hinson are widely considered potential GOP candidates for the Senate seat. On the Democratic side, U.S. Rep. Cindy Axne, D-Des Moines, has not ruled out a Senate run.

Muhlbauer said he is in the race no matter what Republican or Democratic candidates emerge before the June 2022 primaries.

âMy issue is I think we really have got to start having in-depth conversations about farming,â Muhlbauer said.

He said agriculture is becoming too consolidated with, for example, large swaths of the meat market controlled by a few large companies.

âWe gotta look at breaking these companies up or at least trying to have fair, transparent markets,â Muhlbauer said. 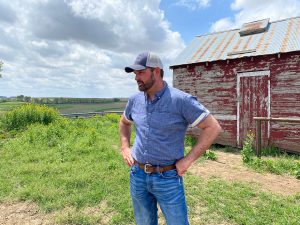 Muhlbauer said he is well positioned to run as a statewide candidate.

âCrawford County is one the most diverse counties culturally in the entire state and having that background and working on different boards where we have the diversity I truly believe that Crawford is stronger,â he said.

On health care, Muhlbauer wants to see more resources for mental health care. He is open to conversations on reducing the age for Medicare eligibility to 55. Muhlbauer supports a womanâs choice to have a legal abortion.

âKnowing that our heath care now, we have to have fundraisers to help families get through a health-care crisis is not health care,â Muhlbauer said.

He is supportive of many of the infrastructure improvements proposed by President Biden.

âWe know that those roads and bridges need to be enhanced for the future,â Muhlbauer said.

He advocates more development of high-speed Internet into rural reaches of the nation.

âCOVID has exposed a lot of things,â he said. âWe know that we can work from home. We know that we can have Zoom meetings with people from across the state and even across the world. Iowa should be enhancing that to the point where we are drawing people to come to our rural areas, to Iowa.â

âIâm not going to kid myself,â Muhlbauer said. âItâs going to be a battle.â