A discussion on the state of the local real estate market at Paulaâs in Valley Junction. 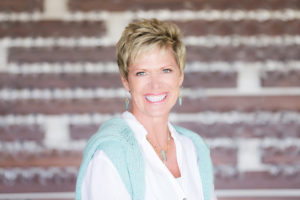 Kim OâConnor is a Realtor who brands herself KO Realty and works under the Iowa Realty umbrella. We asked her to lunch recently to discuss the state of the local real estate market. She chose G Miggâs, but it was closed on Monday, so we moved to Paulaâs, a Valley Junction cafÃ© that specializes in loose meat sandwiches and homemade soups.

Because OâConnor is an Omaha native with lifelong experience in the Midwest, we asked her if the Des Moines market was comparatively overbuilt.

âDowntown is definitely overbuilt with apartments. Yet itâs underbuilt with condos and lofts. Lots of people move in and want to try downtown living, but they donât want rentals. Right now there are 600 vacant apartments on the market, and more are being built. The problem there is that renters donât take the same pride in properties as owners. That makes one worry about the longevity of these buildings. The other big problem with downtown apartments is parking. Many buildings donât include it in the building. More construction removes other parking options. They tore down the big garage between Fourth and Fifth on Walnut, and now plans have stalled for that project. Inventories are extremely low. Three-plus bedroom houses are practically unavailable and are thus overpriced. Thatâs true all over the metro. We have more million dollar houses than ever now.

âI am selling $300,000 lots in Urbandale, Waukee, Johnston. There is a $450,000 lot for sale in Urbandale. All building costs are up since the recession, and we keep building because of demand. There is a huge gap between the $200,000 buyer and the $400,000 buyer. Thereâs nothing affordable in between. The builders will seize that market,â she explained.

The city leaders have been talking about attracting millennials to town for a long time. Is that strategy working out?

âThe apartment boom, and low income apartment boom, were a big part of that. The problem with rentals and subsidized rentals is that there is no commitment. If you want millennials to stay, you have to get them invested,â OâConnor said.

How does the local market compare with Omaha, Kansas City and Minneapolis?

âItâs more expensive than Omaha or Kansas City. I am not sure about Minneapolis. Inventories are so low that some people look and look to buy and give up and rent. I would love to see some new, upscale homes on Ingersoll. They would sell fast. One problem here is that if we see a shortage of anything, everyone builds the same thing. Thatâs how we ended up with the apartment glut. Tom Rypma is one guy who branches out and builds things that are unique. We need more guys with that kind of vision. Last week I showed some executive loft properties downtown. The clients loved Hubbellâs new development on the river, but they freaked out at the neighboring projects.

âAnkeny is growing in a great way. They have more wooded lots there, and Strahan is doing a great job. The town is prettier than other suburbs. Prairie Trails is a fabulous development. Ponderosa tried something similar in West Des Moines, and it didnât work â too expensive for the recession when it came online,â she explained.

What about commercial real estate? Is it overbuilt?

âAmazon scares me to death. Retail stores keep shutting down in skywalks and malls. The world is definitely changing. Are future people going to have virtual lives? The malls canât all become food courts. They keep building more office space in the suburbs, but will the demand still be there when all the Ann Taylors and Younkers are gone from the malls? Restaurants seem to survive better in the suburbs than downtown. Champps was a rare exception,â she said.

One thing going on with that is property ownership. Big chains are more apt to invest in their own real estate and look for a return, 10 years down the road. Thus they prefer hot young suburbs.

âYes, the restaurant business is hard, and margins are slim, so most prefer leases to ownership. Companies like McDonalds, Burger King and Krispy Kreme are some of the biggest land owners in the world,â she said.

What is not apt to change in the real estate business?

âWeather will always influence the business. People just donât want to go out and look at houses when itâs gloomy. Hosts donât want to show a house when people might track in slush. Something that has been going on for 100 years is not changing either â population is moving to Des Moines from the small towns and rural areas of Iowa,â OâConnor explained.

Is the real estate business a tough way to make a living?

âRight now we have over 2,200 real estate agents in the area and 3,145 houses for sale. Thatâs a pretty low ratio. As a result, there are a lot of agents who need a sale so badly they are tempted to cut corners. There is a lot of turnover of agents. Many think itâs going to be an easy way to make a living. I tell agents that you have to survive the hard times to be around for the good times,â she said.

What advice does she have for young agents?

âTake some courses in construction, water issues and design. Be prepared for lots of rejection. Donât expect to have weekends and know that your phone will ring at night,â she said.

Is the local market understandable?