When youâre in a crisis, people bring you food. 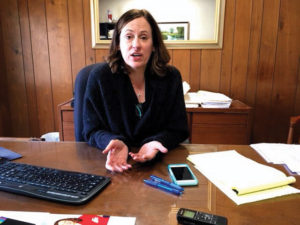 Grease the bottom of your pans. Combine all the dry ingredients including the cinnamon, nutmeg, flour, baking powder, baking soda and salt.

Have you noticed that whenever youâre feeling just a little too smart, too strong, too handsome, too successful, too whatever, the bottom drops out! I remember finishing a long series of lectures for wannabe lawyers, making sure my kids had all made it to their summer jobs, and hopping on my bike on a beautiful warm day in Iowa, peddling down the road with hard work at my back and the sun of success in my face.

And then a van smacked me unconscious on the side of the road, temporarily paralyzed my body, and crushed my voice box.

Theresa Greenfield was on top of the world. She had just turned in all the signatures she needed from eligible voters to formally launch her candidacy for the United States House of Representatives. She had raised more money than any of her fellow Democratic candidates. She had been campaigning hard for a year. And gosh darn, everything was gelling. She was on the road to success.

âI was so excited. I was thrilled,â she tells me, her brow furrowing, still in disbelief.

And then Greenfield got hit by the proverbial van.

âOn Thursday night, my campaign manager walked into my office and told me that he had forged signatures on our petition.â 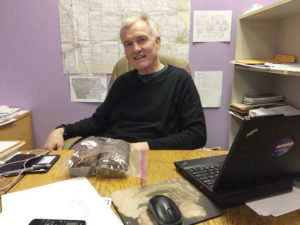 Greenfield didnât even quibble about what was forged and what was not. She fired her manager and went down to withdraw her papers to run as a candidate. She was not going to run a campaign based on tainted signatures. Her candidacy was essentially over. She was toast.

âAnd then I got to work,â she says with a steely look.

One option was to start all over and collect new signatures by 5 p.m. One work day. The clock was ticking.

Greenfield turned to all the Democratic candidates running for Iowa governor. And they didnât disappoint.

âAll the gubernatorial campaigns helped me out. They released their staff. They provided advice. Their campaign managers were all at the Capitol when I was filing. They were strong for me. They stepped up to be my campaign manager for the day.â

âSomeone shouldnât lose based on a technicality,â says John Norris, one of the gubernatorial candidates.

âWe shut down our office for six hours and pulled people off to help her get names. We just sent people out on the streets. At one point we had a meeting point between people collecting signatures at highways 34 and 148 for three vehicles and a hand-off.â

Norris smiles at the craziness of it all.

âItâs just like when a farmer gets injured. You all come together and get them through the crisis. Youâre always stronger for that.â He pauses. âAll of us are stronger.â

And Greenfield kept hustling and calling and collecting and cheerleading as the day slipped away.

âWe had people running to the Secretary of State Office with one minute to 5 p.m. with sheets of signatures. There were a lot of cheers.â 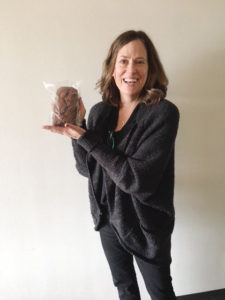 But it was not to be.

Ah, but Greenfield, still dumbfounded from the evolving news, reminds me of real disaster.

âI lost my first husband to a work accident when I was 24 and pregnant.â

Greenfield looks me in the eye with her jaw set.

âWhat I learned at the young age of 24 was how important social security and hard-earned union benefits are. I would have gone to poverty without them. I had one child and was expecting number two. And came from a poor farm family. When the union leaders came to my home after the funeral, they said, hereâs how weâre going to take care of you. They explained social security and the union benefits. They couldnât bring my husband back, but they wanted to make sure that I knew I could pay the rent.â

As I sit with Greenfield in the ashes of her former managerâs mess, she has no room for self-pity.

âWhen Iâd go to church on Sundays after my husband died, two union members would meet me at my car. One would grab one baby and one the other. Iâd sit at church, and theyâd sit right next to me. There were times at Mass that Iâd just cry the whole time. And they just sat next to me and said, this is OK. Itâs OK to cry. They would hold my babies.â

Greenfield looks away and then looks back.

âPeople are good. And we saw this again on Friday.â

So, what is Greenfieldâs response?

âI know we arenât stopping. We are going forward with this race for the House. There are other ways.â

âI had a meet and greet last night. I really spent a long time thinking about gratitude after that event. There are just times you have to stand up and be strong. And when the door is closed, and no one can see, like with my former managerâs bad choices, I still choose what is right. And thatâs important.â

So what did she do after the meeting last night?

âMy twin sister and I baked banana bread until 12:30 at night. When youâre in a crisis, people bring you food. I did the exact opposite. I was in a crisis, and I needed to bring people food.â

âI decided the campaigns for governor needed a special thank you. So this morning we delivered banana bread from my kitchen to their campaigns.â