The fickle paths of excellence and success 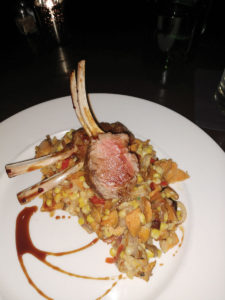 My grandfather, a longtime farmer, said that success was like the morning dew, it could settle just as easily on a rose bud or a cow turd. Epic novelist Larry McMurtry, who grew up on a ranch, later wrote the same thing about the love of a good woman. Just as indiscriminate is the way success settles on both excellence and mediocrity in the restaurant business. Best I can figure, every customer has a unique set of taste buds, and not all of them respond well to anyone elseâs idea of excellence. Lots of mediocre restaurants are successful. Lots of excellent restaurants fail. Best I can figure, zip codes have a lot to do with that.

Two excellent, disparate restaurants are enjoying similar success judging from the enthusiastic crowds I witnessed on recent visits. They donât have much else in common other than superb burgers, fries and charcuterie. One is in Clive, the other in Sherman Hill. One is a fine dining spot with a superb wine list and full bar. The other is a brew pub specializing in sour beers. One suggests reservations and services remind you to not be late. The other is first come, first served and has communal tables.

Table 128 in Clive is owned by chef Lynn Pritchard and wife Sarah. They use the words âsimpleâ and âelegantâ to describe their ambiance. Itâs hard to marry those words, but they manage. The venue is simple enough; it used to be a barbecue and then a French country-style bistro. The recipes are not simple, though they do mix rather familiar ingredients in inventive ways. I donât recall seeing foie gras or caviar on a daily menu here. There are lots of other treats that are rather hard to find in the metro. This is a go-to place for lamb, duck and pomegranate treatments.

All menus are seasonal here. Recently I sampled the rack of lamb, perfectly grilled to my requested rare. It featured four bones and was served with a delightful tahini and parsnip cream. Sweet potato succotash and pomegranate molasses accompanied the rack. Mushroom and snap pea dumplings were served with a unique mustard, Manchego crisps and pickled onions.

Jerk sunchokes, one of the areaâs best vegetarian dishes, were served with goat cheese, a reduction of charred tomatoes, kale, hominy and sweet potato duchess. Desserts were more traditional with crÃ¨me brulee and chocolates starring.

On High Street, Lua is an instant success. The brewery offers seasonal beers and does not publish a tap list because the taps change so fast. On my most recent visit, they offered a hefeweizen, a stout, two hop-heavy DIPAs and six sour beers, all brewed with tropical and domestic fruits. All were offered in two sizes and reasonably priced between $3.75 and $8. They also had nine guest beers and a short wine list.

Though most people come for the beers, several were there for the food. This brew pub does serve caviar ($24) and foie gras ($30). The former is from California and the latter from New York. The foie gras was served with streusel, cornbread, pomegranate and Banyuls vinegar. The white sturgeon eggs were served with potato rosti, cream and chives.

For people saving their money for beer, there were more down-to-earth dishes like chips and dip, short rib poutine, wings, salads, avocado toast, Korean fried chicken and the previously mentioned burgers and fries.