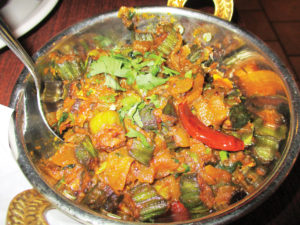 Some ethnic cuisines here are modeled on the same templates and recipes. There must be more than a dozen Mexican restaurants now that serve pretty much the same menu. Italian restaurants are far more diverse. Mexico is bigger than Italy and tastes change in different regions, yet most places differ little or at all in Iowa.

Several folks told me to try El Barco this last year. I made it recently after a 5-minute wait to find a parking place in their large lot and another 10 minutes waiting for a table. Their popularity baffled me. They do have oysters, which are rather rare here in Mexican places, but the rest of the menu seemed like so many others. I had some good carnitas and some overcooked chicken. Salsas were milder than at other places. Combos were bargains, as were huge margaritas. These guys are clearly in the right location in Urbandale.

Mariaâs on Douglas is in a strange place. They seem to have the same battle plan as Abelardoâs with late, late hours, huge tacos, burritos and tortas, plus a drive-through window. They are located a block from Aberlardoâs. They are also one of the few Mexican restaurants anywhere that is not open on Sundays. The place is a good value, and maybe the neighborhood is big enough for two nearly identical players.

Antojitos Mexicanos D.F. on S.W. Ninth has its own personality. As the name suggests, it represents the Mexican capitol in a most casual way. Pambazos are the stars of the menu. The name refers to particular type of white bread, tougher and dryer than a torta, and also to the smothered sandwiches made with it. These are filled with potatoes and sausage and soaked in guajillo chile salsa. Gorditas, sopes, huaraches, tacos, tortas, quesadillas and enchiladas round out the sandwiches. All were generous. Enchiladas were served with a choice of salsa verde or mole, none of the ubiquitous red sauce that one sees too much of. The restaurant also had a popular botanas menu of fruit drinks and desserts.

Indian restaurants in the area were also starting to look too much like each other. Can anyone distinguish Biryani Paradise Pointe from Persis Biryani Grill, except that one is an Ohio chain and the other is from New York? Then along came Amaravati. This new cafÃ© moved into the venue that Kurry Express abandoned. Itâs a huge upgrade. First of all, they have a full breakfast menu of southern Indian favorites â upma (porridge of rice flour), uttapams (lentil flour crepes), idli (steamed rice cakes), bhaji (fritters), chole (chick peas) and dosas. These are crepe-like creations made with lentil, rice and gram flours and stuffed with vegetables and chutneys. I had a coconut chutney and a bowl of sambar with my Mysore dosa, and all elements were as good as they get.

Curries here were filled with more rare ingredients than other Indian places around town â sorrel leaves, curry leaves, tamarind, etc. Tandoori was prepared with less red chile powder, looking more like European roast chicken. There is a full menu of breads, both northern and southern. Curries are made with goat, lamb, chicken and most vegetables. Tableware, including silver platters, was lovely.

This place has been open two months and is still working on some kinks â the air conditioning needed a tune up after my last visit. I had to request ice in beverages. There is a popular lunch buffet, six days a week. Amaravati is no more expensive than other Indian restaurants in town.

Timut pepper from Nepal has been tipped by the BBC as the next super-trendy condiment. It tastes like a hot grapefruit… Trends prediction company Pearlfisher identified turmeric, salmon, eggs, dandelion greens and jicama for stardom. ♦