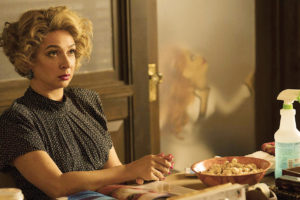 Sometimes a movie comes along that you really want to see succeed. Such was the case for âThe Happytime Murders.â With a trailer that featured no shortage of profanity, the hilarious Melissa McCarthy, and a rather unique use for silly string, it quickly becomes clear that this movie could be either brilliant or abysmal. And, unfortunately, this flick leans toward the latter.

Set in modern-day Los Angeles, puppets and humans live side by side, though the former are treated as second-class residents. A few bits of racial satire are slipped in with the overall broader comedy focus. Considered objects of entertainment to be used, enjoyed and cast aside, puppets are treated like a new toy that has lost its luster. The movie centers around puppet ex-cop-turned-hard-boiled-noir-P.I. Phil Phillips (Bill Barretta) tracking down a serial killer who has killed his famous brother, among the other cast members of his retired TV show. Philâs a classic example of film noir dicks, complete with a dumpy office in a seedy area and a devoted ditzy secretary (Maya Rudolph). He is aided by his former partner Detective Edwards (Melissa McCarthy) who was responsible for Philâs fall from grace, which is hinted at through most of the film with a revelation that leaves you, at best, wondering, âWhat? Why?â and at worse, âWell, thatâs just dumb.â (Hint: It is dumb.)

The premise of a puppet-human buddy cop movie is ludicrous and enticing enough that it should make a compelling comedy. The sad reality is a humdrum plodding through an uninspired dingy puppet-stuffed world. The murders all occur within Philâs presence, which leads to the predictable police hunt, the FBIâs pointless involvement, and Edwards confronting her warped hatred of Phil for saving her life to return the favor. All of the above could be forgiven if the jokes were at least entertaining or witty enough to propel the film. Despite a wealth of comedic talent and a solid idea, the sporadic laughs that this movie will elicit are not worth a trip to the theater.

Somewhere in this is a strong story about politics and a puppet overcoming prejudice, but that interesting story is mostly skirted by as the movie progresses.

Rather than focusing on telling a well-structured, compelling story with real comedy, Brian Henson (son of Jim Henson) and his screenwriter, Todd Berger, coast by on the puppetsâ vulgar shock value. The audienceâs indulgence for the low-brow humor is quickly wrung dry by the end of the first few scenes, and almost none of the ensuing comedy is particularly funny.

While the film deserves the harsh criticism, itâs not without its moments. You think it would be hard to upstage puppets bleaching their skin to look more human, using dogs as murder weapons, having sex and pushing the limits of Rule 43, but Melissa and Maya pulled it off. Those two ladies took a lackluster script and turned it into something entertaining and, at times, funny. There is a scene where itâs just the two of them together, and for the rest of the movie, I thought the director should have pivoted and focused on the story from their perspective. No matter your opinion on the writing, Melissa and Maya were able to put lipstick on that pig.

Ultimately, âThe Happytime Murdersâ is a film that you can tell from the trailer if you are going to like. If you donât like dick jokes, vulgar language or raunchy images coming from a puppet, then the rest of the movie isnât likely to convince you otherwise. All the jokes in the trailer find their way into the film and do an honest job of showing the spectrum of humor in the movie. It doesnât get much worse than what you see there. ♦