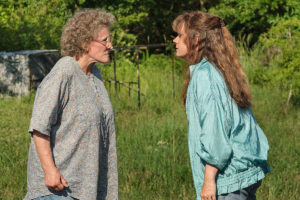 Based off of J.D. Vanceâs bestselling memoir of the same name, âHillbilly Elegyâ is a modern exploration of the American Dream and three generations of an Appalachian family as told by its youngest member. In the latest award vehicle for director Ron Howard, Amy Adams plays Bev, a woman struggling to raise her two kids while battling addiction, and Glenn Close plays her mother, Mamaw, who is resilient and whip-smart but who has had a rough life of her own. The past and present are interwoven as J.D. (played by Gabriel Basso as an adult and Owen Asztalos as a child) â now a Yale Law student â returns to his hometown amid a family emergency. 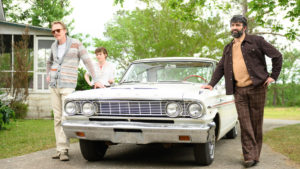 âUncle Frankâ tells the story of a young, rural South Carolinian woman, Beth, (Sophia Lillis) a precocious spirit with a connection to her rarely seen Uncle Frank. Uncle Frank, portrayed by Paul Bettany, is a dashing figure seemingly dismissed at home and who lives and teaches Literature at New York University (NYU). When it comes time for Beth to go to college, she receives a scholarship to attend NYU. While there Beth learns of Uncle Frankâs worldly ways including his partner, Walid. When a death in the family occurs, Beth and Uncle Frank embark on a road trip back to South Carolina.

Following their Academy Award-nominated work on âEncounters at the End of the Worldâ and Emmy-nominated âInto the Inferno,â Werner Herzog and Clive Oppenheimerâs new film, âFireball: Visitors From Darker Worldsâ takes viewers on an extraordinary journey to discover how shooting stars, meteorites and deep impacts have focused the human imagination on other realms and worlds, and on our past and our future. The film subverts stereotypes of scientists as socially awkward and predominantly male. The specialists talking to Oppenheimer are passionate and poetic. Many are women â from Mexico, India, South Korea, the U.S. â with expertise spanning astronomy, cave archaeology, and NASAâs Planetary Defense. The film also dwells on ancient understandings of meteors in the traditions of Indigenous Australians, Mayan astronomers, and Papuan tribal elders. ♦