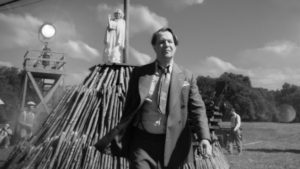 The film is David Fincherâs first feature-directing effort since âGone Girlâ (2014) and chronicles Herman Mankiewiczâs (Gary Oldman) race to finish the âCitizen Kaneâ screenplay for Orson Welles (Tom Burke). Although Netflix has not released any official synopsis, the filmâs logline is â1930s Hollywood is re-evaluated through the eyes of scathing social critic and alcoholic screenwriter Herman J. Mankiewicz as he races to finish the screenplay of âCitizen Kaneâ for Orson Welles,â and one can assume this will be addressed. Fincher shot on location at Kemper Campbell Ranch in Victorville, California, where Mankiewicz spent more than two months laboring on the first draft of a screenplay widely considered to be among the greatest ever written. 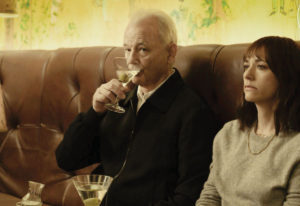 A young New York mother faced with sudden doubts about her marriage teams up with her larger-than-life playboy father to tail her husband. What follows is a sparkling comic adventure across the city â drawing father and daughter closer together despite one detour after another. Filmmaker Sofia Coppola brings a light touch to this blend of an exuberant love letter to New York, a generation-clash comedy about how we see relationships differently from our parents, and a funny celebration of the complications that bind modern families even as they tie us in crazy knots. 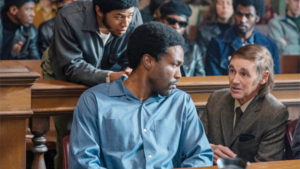 Based on the true story, the film follows the trials of seven people following peaceful protests that turned violent at the 1968 Democratic National Convention in Chicago. Aaron Sorkin, an Oscar and Emmy winner, penned and directed the movie set at the height of the anti-war and civil rights movement. It follows the activists Abbie Hoffman (Sacha Baron Cohen), Jerry Rubin (Jeremy Strong), Tom Hayden (Eddie Redmayne) and Bobby Seale (Yahya Abdul-Mateen II) who organize protest marches at the Democratic convention. The peaceful protests turn into a violent clash with police and the National Guard. All four were charged with conspiracy to incite a riot, and the trial that followed was one of the most infamous in U.S. history, lasting four-and-a-half months. The cast also includes Joseph Gordon-Levitt, Kelvin Harrison, Jr., Frank Langella, William Hurt, Michael Keaton and John Carroll Lynch. ♦