One of the buzziest movies set to arrive in 2020 (that no one seems to know a damn thing about) is Christopher Nolanâs âTenet.â The trailer is a puzzle box, teasing the bare minimum in terms of characters and plot. No character names. No plot overview. No anything. What one can infer, however, is John David Washington and Robert Pattinson are working together on a mission. Washingtonâs apparent boss mentions a key word â âtenetâ â which will help Washington get more information and possibly even lead him down a more dangerous path. Offhand comments about a ticking-clock mission to prevent the use of a physics-defying weapon which could bring about something worse than nuclear war, and flat-out accepting seeing things in new ways, are peppered throughout. Itâs worth noting the movieâs title is both a palindrome and defined as âa principle or belief, especially one of the main principles of a religion or philosophy.â With this in mind, itâs very possible the title refers to a disruption in the laws of physics. Even if time travel isnât involved (Pattinson recently shut down the idea), keeping in mind the theory of gravity and how gravity impacts time might be a caveat they are trying to exploit. 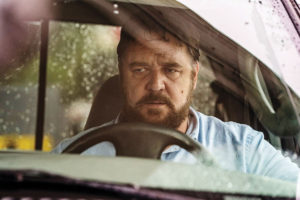 âUnhingedâ imagines the worst that can happen when two stubborn people piss each other off in traffic. Rachel (Caren Pistorius), a divorced single mother, is running late with her son in tow when she crosses paths with a stranger (Russell Crowe) at a red light. The event proves to be a tipping point for Croweâs downtrodden character, who decides to embark on a wicked rampage while simultaneously accomplishing the one thing so many men seem to be obsessed with doing: prove a point to a woman. What follows is a dangerous game of cat and mouse that proves you never know who you are driving next to.

The upcoming blockbuster, directed by Niki Caro and starring Yifei Liu, is less a direct remake of the 1998 animated original and more of a retelling of the Chinese folk legend of Hua Mulan. Unlike the animated feature, the upcoming film will not have the heroine facing off against the leader of the Hun Army, Shan Yu, or falling in love with her captain, Li Shang. She will instead be up against a powerful witch and find love with a fellow solider in her unit, along with there being a new Commander character created for the film to serve as her mentor. ♦