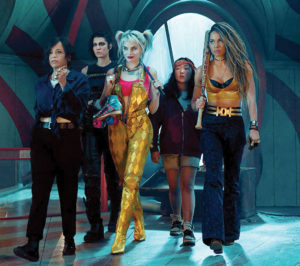 You heard the one about the cop, the songbird, the psycho and the mafia princess? Total Quinnsanity. âBirds of Prey (And the Fantabulous Emancipation of One Harley Quinn)â is a twisted tale told by Harley herself, as only the Maid of Mischief can tell it. When Gothamâs most nefariously narcissistic villain, Roman Sionis (Ewan McGregor), and his zealous right-hand, Zsasz (Chris Messina), put a target on a young girl named Cass (Ella Jay Basco), the city is turned upside down looking for her. Harley (Margot Robbie), Huntress (Mary Elizabeth Winstead), Black Canary (Jurnee Smollett-Bell) and Renee Montoyaâs (Rosie Perez) paths collide, and the unlikely foursome have no choice but to team up to take Roman down. Directed by Cathy Yan from a script by Christina Hodson, the film is based on characters from DC.

The blue blur is finally headed to movie theaters, after some epic online backlash, numerous delays and undergoing a serious makeover. Based on the global blockbuster videogame franchise from Sega, âSonic the Hedgehogâ tells the story of the worldâs speediest hedgehog as he embraces his new home on Earth. After Sonic speeds past lawman Tom Wachowski (James Marsden) at 760 mph, the hedgehog ends up creating an energy surge that knocks out power throughout the Pacific Northwest. This prompts unamused government officials to call in help from Dr. Robotnik (Jim Carrey). In this live-action adventure comedy, Sonic (voiced by Ben Schwartz) and his new best friend Tom team up to defend the planet from the evil genius Dr. Robotnik and his obsession with tracking Sonic down and using his speedy powers for world domination. 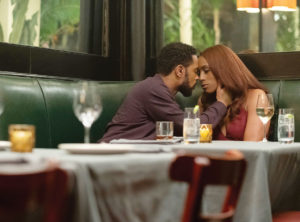 âThe Photographâ follows Mae (Issa Rae), a young woman whose mother, famed photographer Christina Eames (ChantÃ© Adams), has recently passed away leaving her with tons of unaddressed feelings. Maeâs mother was someone who prioritized her work, leading Mae having unfulfilled emotional needs. After her motherâs death, Mae finds photos that point to her being in a relationship with a man Mae doesnât recognize. This leads to more questions in Maeâs mind and feelings of increased distance with her late mother. While in such an emotionally charged head-space, Mae meets Michael Block (LaKeith Stanfield), a reporter assigned to cover the death of Maeâs mother. Block falls head over heels for Mae and confesses his love. As Mae finds herself becoming more invested and attracted to Block, she must also deal with her reservations and learn from the secrets buried in her motherâs past if she is to move forward and allow herself to love and be loved. ♦