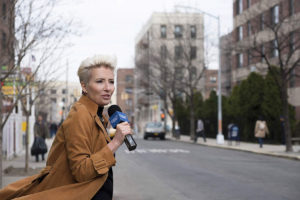 Katherine Newbury (Emma Thompson) has a problem. The pioneering and legendary late-night talk-show host is accused of being a âwoman who hates women,â prompting the quick affirmative action hire of Molly (Mindy Kaling). Originally intended to smooth over diversity concerns, Katherineâs snap decision brings about unexpectedly riotous consequences as the two women, separated by culture and generation, become united by their love of a biting punchline. But with low ratings and a network that wants to replace her, it seems as though Molly might be too little too late. Determined to prove herself, Molly disrupts the comfort of the writer room brotherhood and is determined to help Katherine by revitalizing her show and career. 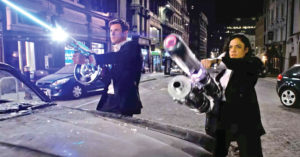 Aside from a few trailers, not much is known about the exact plot of the latest film from the âMen in Blackâ franchise. What is known is that this is not a reboot of the three originals. Instead, it is a true spinoff with Emma Thompson reprising her role as Agent O from âMen in Black 3.â Thatâs where familiarity stops. Now we have Agent M (Tessa Thompson), who managed to track down MiB headquarters after searching for 20 years. She was caught up in one of their missions as a child, only her parents were the ones to get mindwiped. Not her. Now sheâs ready to be part of the team. In this new adventure, they tackle their biggest, most global threat to date: a mole in the Men in Black organization. Agent M is assigned to team up with Agent H (Chris Hemsworth) and is led by new authority figure High T (Liam Neeson). 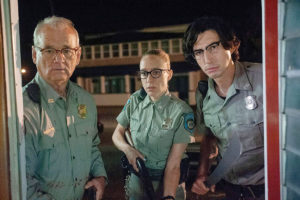 In the small, sleepy town of Centerville, something is a little bit off. At night, the moon hangs large and low in the sky, while during the day, the hours of light are becoming unpredictable. Animals are beginning to exhibit unusual behaviors, and the strange news reports have scientists concerned. But no one foresees the most bizarre and dangerous repercussion that soon starts plaguing Centerville â Zombies. The dead are rising from their graves and feasting on the living, and the citizens, led by three bespectacled police officers (Murray, Driver and Sevigny) must battle the reincarnated corpses breaking out from their graves for their survival. ♦