The season just got even hotter 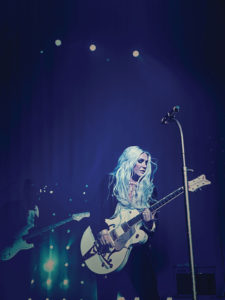 Kesha will perform at 80/35 on July 7 at Western Gateway Park in Des Moines.

Itâs finally here. The season Iowans dream about on dark and frigid February nights. The landscape is once again lush and green, sweat beads form immediately after stepping outside, and thereâs music in the air: Itâs summer music festival season. You want a festival near a river? There are four. How about country music? Plenty of that to go around. Looking for a scenic escape? Check. An urban block party? Got it. Short on money? Two events on this list are free. Whatever festival vibe and musical genre you are looking for, you can find almost all of them right here in Iowa. Get it while the getting is good.

Down by the Mississippi River is Americaâs River Festival. Now in its fourth year, the festival focuses on up-and-coming country acts and classic rock bands. This music festival is unique in that The Tappening beer tasting serves as the onsite pregame for Saturday nightâs music. While this does require a separate $30-$40 ticket purchase, more than 25 breweries offering more than 100 samples will be available, with the Buzz Berries providing musical entertainment while the 21-plus crowd gets buzzed.

Also down by the Mississippi River, Burlington Steamboat Days takes place over four days with three stages and more than 20 bands. Organizers claim this yearâs lineup has the most live music in the eventâs 56-year history. The music runs the gamut from classic rock to 90s acts, country and Christian music. Sundayâs entertainment begins with the inaugural Burlington Steamboat Days Praise Fest and features five local praise bands. 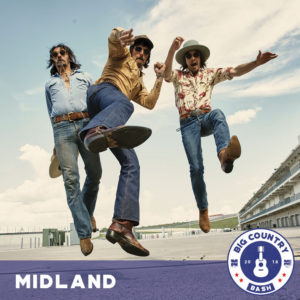 Midland will perform at Big Country Bash on June 23 at Avenue of the Saints Amphitheater in St. Charles.

In the second year of the country music festivalâs revival â it was on hiatus from 2012-2016 â the event moves south to its new location in St. Charles. This yearâs lineup is another step in the right direction and moves to restore the event to its former glory. Big-name headliners include Brett Eldredge and the Grammy-nominated band Midland. The latter was featured in Vogue Magazine for its killer style. Tent camping and RV camping passes are also available. 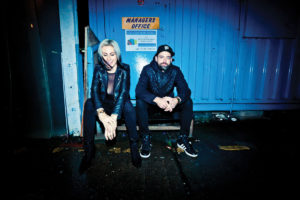 Phantogram will perform at 80/35 on July 6 at Western Gateway Park in Des Moines.

Celebrating 11 years, the Des Moines Music Coalition snagged mega pop star Kesha to headline, along with a slew of other fantastic national, regional and local bands. The beauty of 80/35 is that two of the three stages are free â Kesha, Phantogram and the like will perform on the paid main stage â but music fans can experience plenty of top-notch talent in the free areas. Keep an eye on Aussie Courtney Barnett and up-and-comer Soccer Mommy. Plenty of food, drink, art and other activities await in the heart of downtown.

Yet another festival down by the â you guessed it â Mississippi River. This blues festival features notable local performances from the 2017 Iowa Blues Challenge winner Avey/Gouws Band and All Sweat Productions, featuring musicians from Iowa band The Candymakers and more. One act not to be missed is 14-year-old Brandon Niederauer, a guitar prodigy who has been endorsed by John Mayer and has played with members of the Allman Brothers Band, Stevie Nicks, Slash, Lady Gaga and more.

If youâre trying to ball on a budget, this is the festival. For the cost of zero dollars, attendees can see acts like Jason Isbell and Boz Scaggs. Also gracing the festival is hip-hop group Arrested Development, who have been around since 1988, long before the hit show of the same name. Catch them singing their anthemic song âTennesseeâ on the Abe Stage, where you can also catch Sioux City band GhostCat. The free fest also includes a beer garden, arts area and kids zone.

In 2004, EufÃ³rquestra wanted to throw a fan appreciation party of sorts and reached out to a local farmer named Jerry to host the event. Since then the event has grown and EufÃ³rquestra has continued to help organize this festival, in which they will play not one but two nights, all still taking place on Jerryâs farm. The band hails from Iowa City, and as such, the lineup tends to focus on bands from that area, along with the band membersâ handpicked folky and funky favorites from Iowa and beyond.

In its debut year, this event is unlike any other. Billed as a boutique festival, more than 30 local and national artists â including comedians and more â will be featured. Attendees can camp on the farm, that, in addition to the music, will have activities late into the late. Take a fire throwing workshop, a graffiti lesson or pet goats in their sanctuary. This new one-of-a-kind festival allows its attendees to reconnect with nature and get spiritual on a pristine farm setting.

Iâm out of river jokes. At least this festival differs from the other river festivals in that, instead of taking place near the Olâ Mississip, itâs next to the South Raccoon River. This year the event has even more of a reason to get rowdy at the ruckus by turning 10. In the same location for all 10 years, the Guthrie River Ruckus has gotten quality headliners from the beginning, and this year is no different with country star Jake Owen and celebrated classic rock band 38 Special. Whoop it up 24/7 by staying overnight at the campgrounds, where thereâs even a shower house to clean up in.

Visionary Sam Summersâ hand-picked music festival is back for a fourth year. The single stage setup means music lovers donât have to choose which act to see and, instead, can sit back and take in every band on the bill. The campgrounds are a world of their own, with the Campfire Stage featuring Wheeler Walker Jr. Hinterland has always produced a quality lineup, and this year is no different with headliner country singer Sturgill Simpson, the intoxicating Tash Sultana and stunning synth-pop band CHVRCHES. 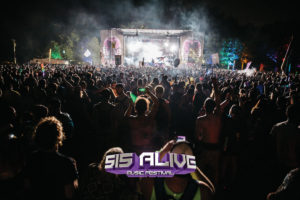 At close to 100 names spread across five stages, 515 Alive easily boasts the most acts of Iowaâs summer music festivals. The event began in 2002, spotlighting electronic music, but has seen many incarnations since, and finally seems to be hitting its stride. To see festival circuit regular Bassnectar, well-known rapper Future and SoundCloud rapper Lil Xan all on the same bill in this state is next-level. Promising everything to be bigger and better than last year â complete with light and laser shows â itâs shaping up to be an unforgettable experience.

NITEFALL ON THE RIVER
www.nitefalldsm.com