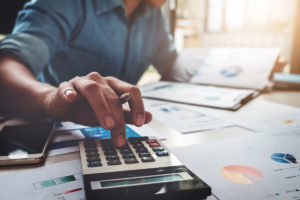 Humans yearn for orderliness: Where do things stand?… How high are those things stacked?… How far away is this?… Whatâs the pecking order of that?

After understanding where stuff is in relation to other stuff, then our minds are free to ponder: Why?… What can we do to improve?… Who is to blame?

But for this particular issue, CITYVIEW focused primarily on metrics: Is Iowa the seventh fattest state in the nation? Does Des Moinesâ population outnumber its five largest suburbs?… Plus we put in a little bit of trivia, such as: Which Iowa native holds the distinction of being the first-ever NFL draft pick and the first player to win a Heisman Trophy? (Hint: He never played a down in the NFL, and he is NOT from Adel.)

The following pages include measurements, local records and rankings. Who did what, where and how high while going against such-and-such odds? Central Iowa by the numbers? Ready or not… Here we go!

A place to grow

Every 9 seconds, on average, one new baby boy or baby girl breathes its first gasp of air and populates the âHome of the Brave.â

Every 11 seconds, on average, the nationâs number diminishes by one as someone exhales his or her last breath.

Every 44 seconds, on average, the U.S. grows by one net international migrant.

After all these ups and downs are rounded out, the U.S. population grows by one additional person every 24 seconds, on average, and it now totals more than 330 million people. During the time between the 2010 U.S Census and its estimates dated July 1, 2018, the U.S. population has grown 6 percent, and it is the third most populous country in the world. China and India rank No. 1 and No. 2 respectively.

6 percent is the national standard for growth…

Have local entities kept up?

The State of Iowa grew only half as fast as the national average: 3.2 million people populate Iowa. This represents a 3.6 percent increase â nearly 110,000 people â since the 2010 census.

Des Moines proper held about even with the nation: 216,853 people populate the city of Des Moines. This represents a 6.2 percent increase since the 2010 census. This is roughly the same as the national numbers.

Combined, the Des Moines/West Des Moines Metro Area is the fastest growing metropolitan statistical region in Iowa, growing by 15 percent during that span; the Iowa City Metro Area placed next, posting a 13.6 percent increase, followed by the Ames Metro Area, which put up a 9.6 percent growth number. But none of the aforementioned cities can match the growth of Dallas County.

Dallas Countyâs population grew by 36 percent since 2010, making it the eighth fastest growing county in the nation, according to The State Data Centerâs 2018 county and metropolitan estimates made via the U.S. Census Bureau. The next fastest growing counties in Iowa grew less than half as rapidly: Johnson County registered a 15.6 percent increase since 2010; Polk County posted a 13 percent increase since 2010.* Dallas Countyâs population now exceeds 90,000.

Eighty counties in Iowa have experienced negative net migration, meaning more people moved away from the county than to it.*

Sixty-nine of Iowaâs 99 counties have had population decreases since 2010. Emmet County lost more than 10 percent of its population during that time, which is the steepest rate of decline in the state. Clinton County had the greatest population decline, losing 2,599 people.*

(individual estimated populations)
If you combine the populations of Polk County and its eight surrounding counties, nearly 900,000 people live in the âCentral Iowa 9,â and that equates to 28 percent of Iowaâs total population…

An estimated 80,000 workers pour into downtown Des Moines for work each week. The city has one of the highest per-capita rates of downtown commuter employment in the country. Central Iowa enjoys commutes that are generally shorter than the time it takes to cook a pizza â 18-22 minutes â and this is one reason that central Iowaâs suburbs are booming. Five central Iowa suburbs have a population greater than 20,000.

WAUKEE YOUTH MOVEMENT… 31.6 percent, or nearly one-third of Waukeeâs population, is 18 or younger. That is the highest rate of youth within the Big 5 and is significantly higher than Des Moinesâ 24.4 percent. Waukee is the only suburb of the Big 5 to exceed 27 percent.

URBANDALE SILVER-HAWKS… 13.7 percent of people living within Urbandale are 65-plus. Urbandale has the highest percentage of 65-plus people of the municipalities in the area with 20,000 or more residents. In contrast, Waukee has 9 percent.

JOHNSTON GENDER GAP… 52.4 percent of Johnston residents are female â the highest rate of the Big 5. Two other nearby towns, Grimes and Winterset, check in at 54 percent female.

Poverty by the numbers

3.5 percent Waukeeâs poverty rate of 3.5 percent is the lowest of the five.***

18.1 percent The Census Bureau states that Des Moines proper has a poverty rate of more than 18 percent.***

***The Census Bureau cautions against comparing this number to the poverty rates of other municipalities due to non-uniform methods of gathering data.

We appreciate your service!

Unless otherwise noted, the preceding facts were derived from: www.census.gov.

Girl and boy names chosen for Iowa babies in 2018.

Top 10 causes of death in Iowa

Cancer is expected to surpass âDiseases of the Heartâ as the No. 1 killer of Iowa residents, according to âIowa Health Factbookâ last updated March 2018. (iowahealthfactbook.org)

As of 2017, 60 percent of Iowa adults have had at least one drink of alcohol within the past 30 days. This number is up from 55 percent in 1999. 66 percent of male Iowans answered in the affirmative for 2017.
Source: Behavioral Risk Factor Surveillance System (BRFSS)

60/40 SPLIT: Of the 104 Iowa homicides in 2017, 62 were by firearm, the other 40 percent of homicides were accomplished without firearms.
Source: IDPH Iowa Department of Public Health, Bureau of Health Statistics, 2017 Vital Statistics of Iowa

Nearly 500 suicides occurred in Iowa in 2018; 83 died by way of homicide and legal intervention.

82 percent of Iowa residents who took their own life were male.

68 percent of Iowa residents who died by way of homicide or legal intervention were male.

Maternal Death: A death of a woman due to complications of pregnancy, labor, delivery or puerperium. 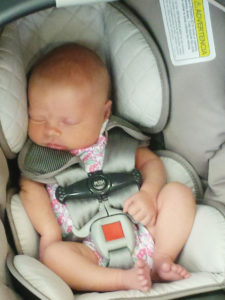 Oliver and Harper top the list of most popular baby names in Iowa, according to the stateâs most recent reports.

Not in my house!

85.4 percent of Iowans said they never allow smoking in their house.

17.1 percent of Iowa adults are current smokers â defined as smoking at least 100 cigarettes in a lifetime and smoking every day or some days during the past 30 days. This number increased from 16.7 percent the prior year.

An estimated 34 million or 14 percent* of all American adults currently smoke cigarettes.

Tobacco use remains the leading cause of preventable disease and death in the U.S.

Iowa respondents with household incomes of less than $15,000 reported the highest proportion of current smokers: 31.6 percent.

Less than 5 percent of Iowans aged 75-plus are current smokers.

24.6 percent of the people in Iowa are former smokers.

Source: www.idph.iowa.gov/Portals/1/userfiles/185/2017%20Annual%20Report.pdf and *Centers for Disease Control and Prevention, 2017

Iowa contains more than 86,000 farms within its borders, and 6,200 of those are hog farms, which equates to nearly one-third of the nationâs total. So it is no surprise that Iowa ranks as the No. 1 pork-producing state in the U.S.

50 million
Approximate number of hogs per year taken to market by Iowa pork producers. At any one time, there are approximately 20-24 million pigs being raised within the stateâs borders.

7:1
Approximate ratio of hogs to Iowans

Iowa offers an abundance of earning opportunities besides agriculture, as witnessed by its No. 1 ranking for jobs in 2019, based on data from the Bureau of Labor Statistics*, and Des Moines is often regarded as a global powerhouse in regards to the insurance industry.

It is widely believed that humans began occupying the area that is now known as Des Moines 7,000 years ago. A lot has happened here since that first person stepped foot on our fertile soil. The following are a few VERY random highlights.

5,000 B.C…. HOMOSAPIENS INVADE!
Des Moinesâ downtown area has been home to 18 prehistoric American Indian mounds, according to accounts by the cityâs early settlers, but these sites have mostly been destroyed.

1928… IOWAâS ONE AND ONLY WHITE HOUSE OCCUPANT! Herbert Hoover is elected President. Americaâs 31st President (1929-33) was born in a rural Iowa village near West Branch in 1874. He is the first president born west of the Mississippi River and the only Iowan to achieve that office. For most of his teenage years, Hoover lived in Oregon. He moved to California when he enrolled at Stanford University.

1935… IOWA MAN WINS FIRST HEISMAN TROPHY EVER AWARDED! In 1935, Jay Berwanger, an all-purpose player from Dubuque, who played at the University of Chicago, was awarded the Downtown Athletic Club Trophy, which was later renamed the Heisman Trophy. Berwanger went on to become the top pick in the first-ever NFL draft. He was originally selected by the Philadelphia Eagles, but his rights were traded to the Chicago Bears. Berwanger declined the invitation to be a Bear, though, citing low pay and preferring to pursue a business career. The former eastern Iowan was unimpressed by his personal football fame. According to his obituary in www.nytimes.com, for many years, âhe had no space at home for the Heisman Trophy, so it sat in his auntâs home. She used it to keep the front door open, allowing cool breezes into the house.â 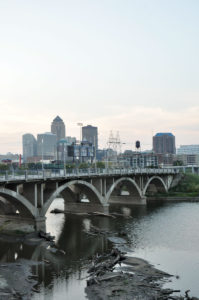 An estimated 80,000 workers arrive in downtown Des Moines for work each week. The city has one of the highest per-capita rates of downtown commuter employment in the
country.

2019… TIGHT END UNIVERSITY! Two University of Iowa tight ends (football) were selected in the first round of the NFL draft in 2019,
something never before accomplished by any tandem of collegiate teammates at that position. The duo of T.J. Hockenson and Noah Fant, drafted by Detroit and Denver, respectively, are the latest and possibly the greatest on an impressive list of former Iowa tight ends who went on to either star or play professionally. As such, the Hawks have been dubbed by some as âTight End U.â

Eleven Hawkeye tight ends have been drafted during the previous 20 NFL drafts. Plus at least two others went undrafted but played in the league.

San Francisco 49ers Tight End George Kittle, a former Hawkeye, is widely regarded as one of, if not the, best top tight ends in the league.

Another former Iowa player, Parker Hesse of the Tennessee Titans, is working to make the pros as a tight end in 2019 even though he played defensive line as a collegian. ♦