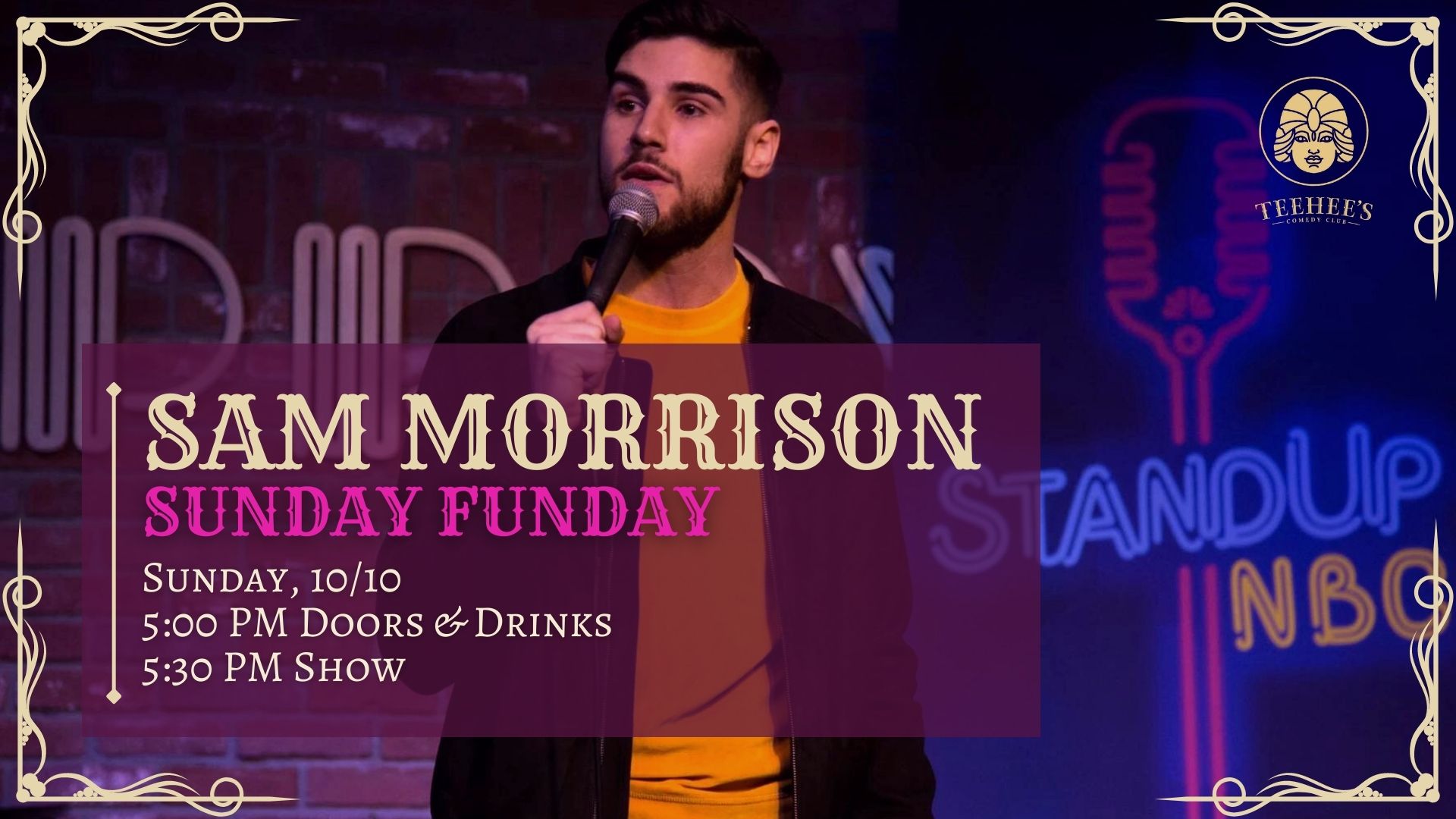 On Sunday October 10, Teeheeâs Comedy Club presents Sam Morrison. Sam is a Brooklyn-based comedian and television writer. He just performed on The Drew Barrymore Show and is a writer for Blind Date currently airing on Bravo. He has participated in some of the most prestigious showcases in the country. In 2019, he was selected as a Stand Up NBC Finalist, the network’s nationwide talent search. He was also selected to perform at The Tonight Show Showcase, named Best of New Talent at the New York Comedy Festival, and performed at RuPaul’s DragCon. He has been featured in the NY Times, Time Out, GQ, Vanity Fair, Buzzfeed, National Lampoon, The Independent, The Guardian, Metro UK, and his writing has been published in Chortle. Sam has opened for Michael Ian Black, Judy Gold, Bonnie McFarlane, and more.

He headlines clubs and colleges around the country including his sold out Breakout Artist performance at Stand Up NY. His solo show Hello, Daddy! was critically lauded at the 2019 Edinburgh Fringe Festival, and he is slated to return to the Festival at Pleasance Theatre in 2022 produced by Mick Perrin Worldwide.

The doors open at 5:00. The show starts at 5:30. General Admission tickets are only $10. Come on out and see the hilarious Sam Morrison at Teeheeâs Comedy Club!