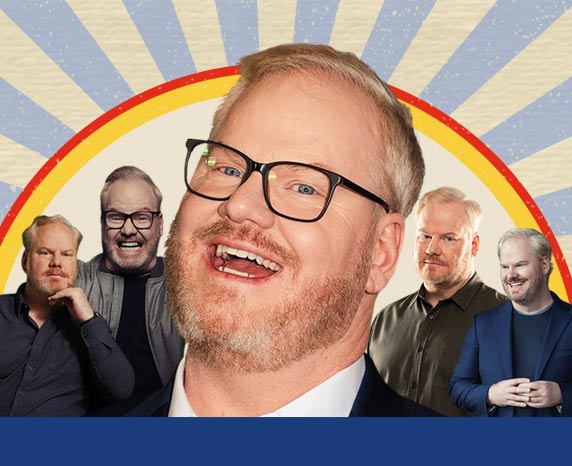 Gaffigan is a six-time Grammy nominated comedian, actor, writer, producer, two-time New York Times best-selling author, two-time Emmy winning top touring performer, and multi-platinum-selling recording artist. He is known around the world for his unique brand of humor, which largely revolves around his observations on life.

A top ten comedian according to Forbesâ 2019 comedy list, Jim recently released his 8th stand-up special, The Pale Tourist, on Amazon which was nominated for a Grammy. He was also recently awarded for being the first comedian to reach one billion streams on Pandora.