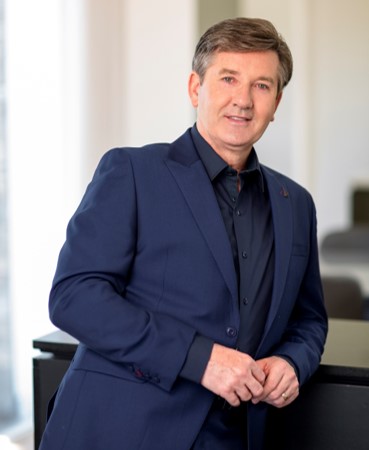 Christmas will come early for American audiences who will have a chance to see âCHISTMAS & MORE with DANIEL OâDONNELLâ as OâDonnell tours the United States this fall including a stop in Des Moines. Donât miss Daniel OâDonnell at Hoyt Sherman Place on Monday, November 22.

The new show is a unique production that features Daniel OâDonnell singing his many hits and favorites in the first half. Then, when the curtain is raised for the second half, the stage is transformed into a Yuletide setting which will feature Daniel singing many Christmas favorites, including âWhite Christmas,â âMerry Christmas To You,â and countless other festive classics from across the decades.

On the recording front, it was good news for OâDonnell with his last album release, when in October 2020, his brand-new studio album, Daniel, reached #3 in the United Kingdom Charts. Released on the DMGTV label, this is Danielâs highest Top 40 placing so far.

The Donegal, Ireland, based singer, who is one of the most prolific and successful recording artists in the UK charts, is the only artist in the world to score a hit in the UK album charts every year since 1988, an unprecedented and unbroken 33-year span. In doing so, OâDonnell has outshone everyone from Michael Jackson and Madonna, to U2 and the Rolling Stones.