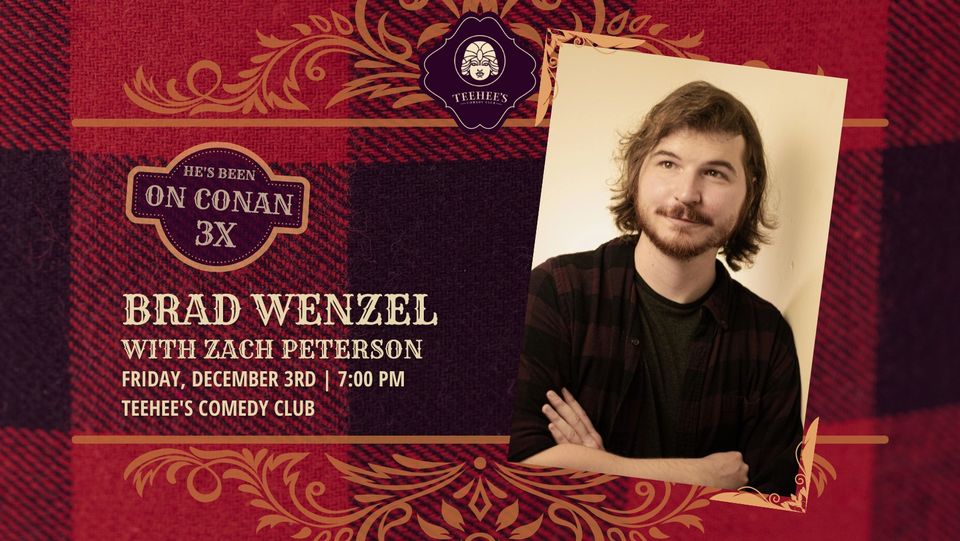 On Friday December 3rd, Teeheeâs Comedy Club welcomes the hilarious Brad Wenzel. Brad has made 3 stand-up appearances on CONAN. Bradâs debut album Sweet Nothings was released on Jack Whiteâs label, Third Man Records and can be heard on Sirius XM. Other credits include: first place at the Great American Comedy Festival, âNew Facesâ at the Montreal Just For Laughs Festival, and Bob & Tom. His offbeat one-liners, dry delivery, and unassuming presence are what set him apart from other comedians. He will be joined by Omahaâs own Zach Peterson.

The doors open at 6:30. The show starts at 7:00. General admission tickets are $15. If you want tables of 2, 4, or 6, check out the ticket link https://tickets.midwestix.com/event/bradwenzel. Come see Brad and Zach at Teeheeâs Comedy Club this Friday night!