Betty Lou Varnumâs show was a safe place for many central Iowa kids. 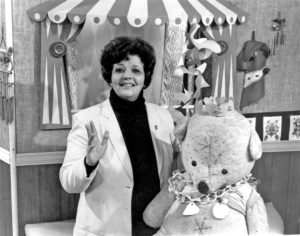 Betty Lou Varnum on the set of âThe House with the Magic Windowâ in the 1970s.

I wish I could have experienced television the way children and adults did back in the 1950s. I imagine it was similar to the first time many of us saw what the Internet had to offer in the 1990s: AIM chatrooms, forwarded email chains containing the worst pickup lines, and some online bookseller called Amazon. What made things really interesting was that we could remember life before the Internet. In the 1950s, television was new as well and was considered a luxury to many. Only a few channels were broadcasting, and none ran 24 hours.

In 1951, almost 20 years before Fred Rogers made his moving speech to the Supreme Court to ensure PBS had its $20 million in funding (this was for all of PBS, not just âMr. Rogersâ Neighborhoodâ), our local WOI-TV had its own educational childrenâs program: âThe House with the Magic Windowâ also known as just âThe Magic Window.â WOI-TV was located in Ames at the time and was part of Iowa State University. This would have made it the closest thing to PBS before there actually was a PBS. The show was created by Joy Munn and Dick Hartzell and aired from December of 1951 until March of 1994. It ran for 43 years, which set a record for the longest running childrenâs TV show in American history (at that time).

Betty Lou Varnum took over hosting the program around 1953/1954 when Joy Munn left the show. In a lot of ways, it was similar to âMr. Rogersâ Neighborhoodâ with puppets, educational guests, and arts and crafts projects. She even had a real dog on the show for a while named Domino.

I have never been a supporter of the idea that parents should use the television as a babysitter (an iPad is not a babysitter either, folks), but there are worse things your kid could have been doing. Her guests included animal experts, painters, you name it. I came upon a Christmas episode that the Iowa State University Library Special Collections posted online that brought a bat expert. It was a strange combination to include a bat expert on a Christmas episode but, hey, I have seen weirder things. It was interesting hearing the expert say that the bats were âanimalsâ and not âbirds,â confusing the word âmammalâ with âanimal.â There was also some amazing cinema veritÃ© footage shot of this guy catching a bat inside someoneâs house. I love time capsules like these.

âAround 1978, when I was maybe 5 years old, I remember Betty Lou would introduce âFelix The Cat.â The curtains would open up, the camera would push in, and the cartoons would start,â Alissa Sheldon of Des Moines remembers. âIt was like getting to visit with your grandma every time. I once saw her (Betty Lou) at the Des Moines Airport and was star struck.â

Betty Lou did a lot of crafts on the air including place mats, paper stars and animals, and many other things from construction paper, pipe cleaners and tin foil. Parents likely got tired of taking their kids to the local Ben Franklin store on those hot summer afternoons. 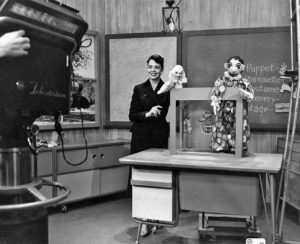 The most fascinating thing about television shows that last so long is that the world will watch the hosts grow old. We often look through old photos and wonder what happened to us, but you canât go back too often and see yourself in action at a different age. Iowa watched Betty Lou go from the young spry woman to everyoneâs favorite TV grandmother. We see mortality happen in real time. Part of me thinks something like that should be kept as âintimate awareness.â (I made this term up.) Iowa State University sold WOI-TV in 1994 to a private company, and Betty Lou was not offered a contract to continue. Itâs hard to let go of someone you have spent so much time with. No, itâs not a real relationship, but I can promise that, for some kids, Betty Lou was their safe place. Someone who was not going to get upset with them. Someone who would always talk sweetly. Someone who would share kind words.

I encourage everyone to check out Iowa State University Libraryâs Special Collection for âThe Magic Window with Betty Lou.â We likely wonât see this type of local programming ever again, but itâs worth a deep dive to those nostalgia junkies out there. The biggest thing we should all take away from it is what made Betty Lou so enticing to children. In the world we live in today, we need to be the person that our kids see as a safe place. There are so many things in the world right now we all want to escape from, and we should take note to keep that fear out of our homes. ♦