Big dreams were behind the Warren County track, as it was to be one of the premiere road-racing tracks in the U.S. 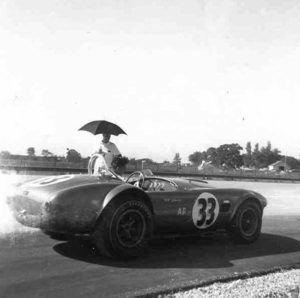 In October of 2012, I co-hosted Home Movie Day Des Moines, a film event where people brought in their homemade 8mm and 16mm films. Janet Barcheski Green had submitted multiple 16mm film reels that her father photographed in the mid 1960s. Right before we rolled them, Mark Heggen (who was one of my partners on the event) pulled out a CD of Iowa surf rock. I asked him what for, and he responded, âNone of these films have a soundtrack, so I created one for Janetâs.â After the lights went out, reverb-drenched guitars roared to life and the screen lit up. What I saw brought the biggest smile on my face: Women dressed a la mode with beehive hair standing on the grassy hills watching 1960s racecars speeding past each other on the hilly terrain of a paved track.

What I was watching was footage of the Greenwood Roadway, a racetrack that existed from 1963 to 1966 and was located 8.5 miles southeast of Indianola on Highway 65 in Warren County. The track was 3 miles long with varying widths from 24 to 65 feet. Big dreams were behind the track when it was built, as it was to be one of the premiere road-racing tracks in the United States. During its short life span, the Greenwood Road played host to prominent races including six from Sports Car Club of America (SCCA), six from International Karting Federation (IKF), three from American Motorcyclist Association (AMA), and one from United States Auto Club (USAC). Famous drivers included Carrol Shelby, Ed Leslie and Jim Hall, who set the track record on July 18, 1964, at 1 minute and 57 seconds going 92.31 mph.

Even with all its success, the Greenwood Roadway had its problems. In the 1960s, it was still a haul to travel out to the racetrack. The Des Moines metro area was not the size that is now. There was also a lack of sufficient spectator seating, so attendance was not always strong. The biggest challenge was, of course, maintaining the pavement. Constant use and hard winters do hard damage to a racetrack. If attendance numbers are down, there isnât enough revenue coming in to make the repairs. The Greenwood Roadway closed in 1966. I can only assume it finished its season of operation, as I could not find an exact day of closing. However, some reports show that amateur racing did take place during the 1970s, but there is no evidence to confirm or deny. The land remained in the ownership within the family of one of the original owners until 1999. It is currently owned by Operators Union Local 234, which uses the land as a testing site. 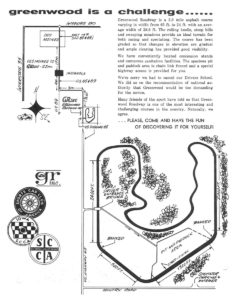 On June 8, 2013 (50 years to the day of the original opening), sports cars returned to Warren County to celebrate the Greenwood Revival. The good folks at Skunk River Restorations put together the event in hope of bringing the Greenwood Roadway back as a destination spot in central Iowa.

âThe event had very little marketing behind it,â says Steve Myers of Skunk River Restoration. âIt was basically limited to social media and some posters. But some word got around to racing enthusiasts, and people from around the world came to Iowa to drive on the track.â

Eric Wieland, who partnered with Myers on the Revival event, was finishing his MBA and decided that the business plan he was to write was going to be for the Greenwood Roadway with the intention of raising money to purchase the land from the Operators Union Local 234.

Kristian Day is a filmmaker, musician and writer based in Des Moines. Follow him on Twitter at @kristianmday.