When America needs a break from the worries of the worldâ¦ Take me out to the ball game. 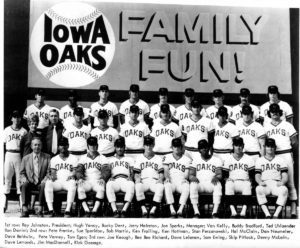 With summer right around the corner, I felt it was time to come out of the closet and say, âI love baseball.â I donât follow any teams, nor do I care much about the World Series, but in âKristian Land,â nothing is more American than the first pitch on opening day. I remember as a kid going to what was then called John OâDonnell Stadium, home to the Quad City River Bandits. It was something my dad could afford to take me to, and I was happy to attend a few games each season.

Since moving to Des Moines, I have become a fan of our beloved I-Cubs. This may not sound too unique, as we have so many fans in our city. But for a guy who has never talked sports with anyone, this is a big deal. As a kid, I was terrible at sports and was the only person who earned a âCâ grade in P.E. It left a terrible taste in my mouth for years until I realized that baseball was more than just sport. That first pitch on opening day symbolized the end of winter, even though it was guaranteed to be chilly. When America needs to stop worrying about all the problems in the world, baseball is there to make us forget for a few hours.

The legacy of Triple A Baseball in Des Moines goes back more than half a century. The Iowa Oaks were founded in 1969 by Ray Johnston. The team played its home games at Sec Taylor Stadium, which was previously called the Pioneer Memorial Stadium and was renamed after The Des Moines Register sports editor Garner âSecâ Taylor in 1959. Baseball did exist in the city prior to the Oaks. The Class A Western League Des Moines Bruins played here from 1947 to 1958, as did the Class B Three-I League Des Moines Demons from 1959-1961.

However, the Iowa Oaks is the first team to be a part of the American Association and to have major league affiliations with the Oakland Aâs, Chicago White Sox, Houston Astros, and, of course, the Chicago Cubs.

The team itself never won a title, but it did make the playoffs in 1973 â the squad was ultimately defeated by the Tulsa Oilers. The teamâs manager, Joe Sparks, won AA Manager of the Year during that same era. In 1970, the Iowa Oaksâ Vida Blue led the league with 165 strikeouts, including 16 in one game. He went on to win the Most Valuable Player award in 1971 and played pro ball for the Oakland Aâs, San Francisco Giants and Kansas City Royals.

âOne of my favorite players was Vida Blue,â remembers Jim Sheldon of West Des Moines. âHe was awesome, so much speed at that time. Once a year they would play the big boys in an exhibition game, and I got to see all the best players, for at least an inning or two.â

One of the more controversial players in Oaks history was Denny McLain. McLain had previously starred in the big leagues for the Detroit Tigers, winning a Cy Young Award in 1968. He was suspended in 1970 for being a part of a bookmaking operation. The Oaks signed him to a free agent contract in 1973 for an attempt at a comeback, but, ultimately, he had to retire before he turned 30 due to a sore arm.

In 1981, the Iowa Oaks began its affiliation with the Chicago Cubs. The team played one final season with that name. The original owner and founder, Ray Johnston, was then offered $600,000 to relocate to Springfield, Illinois, but the deal was never done. The late Ken Grandquist, was able to raise funding to buy out Johntson and keep the team in Des Moines. The team was officially rebranded as the I-Cubs in 1982. Grandquist owned the team for nearly 20 years. And that is Iowa Oaks baseball history. ♦ 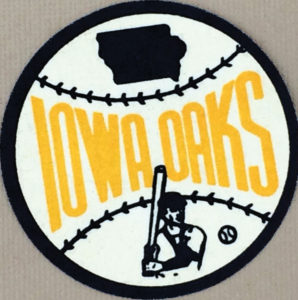 Kristian Day is a filmmaker, musician and writer based in Des Moines. Follow him on Twitter at @kristianmday.