A creative and cultural incubator for the regionâs top theatrical talent. 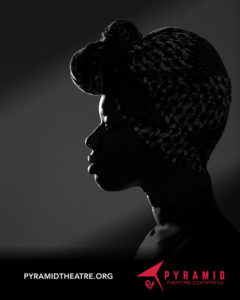 This columnist believes in the power of importing new ideas, inspiration and collaborators to better build a strong Greater Des Moines community. One group that has exceled in this is Pyramid Theatre Company. Founded by Arkansas native and Drake graduate, Ken-Matt Martin, he has drawn national caliber playwrights and talent to Des Moines. The results have wowed regional audiences, and have been eye-openers to these talented contributors who are visiting Des Moines and Iowa for the first time. Stay tuned for this trend to continue.

Under visionary Executive Director Martinâs guidance, whose creative magnetism has drawn many to this company and its mission, Pyramid has proven that a thoughtfully developed mix of national and regional talent can produce a dynamic powerhouse of theatrical experiences. Pyramid continues to develop local and regional talent in new ways while connecting national talent to the extended company family and its community. It is a welcoming family, indeed, with a compelling message being delivered through its performances, programming and presence. Their summer repertory format is a pair of dynamic shows, one classic play written by an established African-American playwright, the other a new work written by a strong next-generation talent bursting on the national scene.

This formula has proven very appealing to central Iowa audiences. Coupled with strong production values, Pyramid has given theatrical thrill after thrill for the past several years. This innovative company has positioned itself to continue its revolutionary work well into the future.

Pyramid recently expanded its role from its annual summer repertory presentations, adding more educational outreach, co-producing a show at Riverside Theatre in Iowa City. Producing Artistic Director Tiffany Johnson is providing leadership as the company strives to add full-time positions to its staff. She is proving to be much more than the gifted actress she is praised for. She has become the mission-driven, day-to-day face of Pyramid in Greater Des Moines and beyond, sharing her infectious enthusiasm for one of Iowaâs best new cultural forces.

One new arena Johnson is leading will be the companyâs first commission for a new play. They looked within for this opportunity, as this company has become a creative and cultural incubator for the regionâs top theatrical talent. Claudine Cheatem now serves as Playwright in Residence, following her service as General Manager. She has been working with Johnson and Martin, as well as finding other sources of inspiration and source material to develop a powerful performance piece based on Antony and Cleopatra (a title has not been selected yet).

âThis show will include music and even have modern clichÃ©s peppered throughout. Audiences will be drawn to this title character. Cleopatra is a smart, self-motivated daddyâs girl,â shares Cheatem. Her smile delivers layers of pending complexities about a character she is truly looking forward to bring to life in her new play. âCleopatra is educated, manipulative and is going to assert herself as a woman.â

This is a leading character adept at using every tool in her vast personal tool kit. Historically, Cleopatra was amazing and often seemed filled with contradictory facets. She was an alchemist, she spoke nine languages, and she was ruthless. Her perfume, which she created, was said to be so potent that its aroma would carry across the sea, arriving at her fleetâs destination well in advance and foretelling that city of her arrival. In other words, this woman was a force with which to be reckoned.

Cheatem referred to a shared sentiment embraced by the core team: herself, Martin, Johnson and Alexis Davis (their managing director). âWe are fully committed to the important things that âfuel our fire.â â

This fire will be fully ablaze this coming June when Pyramid again treats central Iowa to another series of performances whose creative impact will resonate well into the future. If you are new to Pyramid and its history, learn more. Then join the experience that is unlike anything being done in America. This is cultural adventurism at its finest. To connect, go to www.pyramidtheatre.org, where tickets are on sale after March 4.