The power of musical theater

Two musicals open in Greater Des Moines with much fanfare. 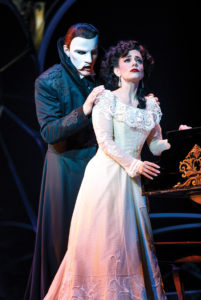 âBilly Elliot The Musicalâ launches the Centennial Season for the Playhouse, packed with dynamic musicals and plays sure to entice a surge of season subscribers. Based on the 2000 film âBilly Elliott,â this story is set against the backdrop of the 1984 minersâ strike in a northern English town. While his widower father and older brother strike, Billy secretly finds a passion for dance with the brassy local dance teacher and ballerinas. Tensions from the ongoing strike and a disapproving father produce suffocating pressures on Billyâs dream.

With book and lyrics by Lee Hall, âBilly Elliotâ features the music of iconic star Elton John. According to an interview for the UK Independent, Sir Elton John was so moved when he first saw the film âBilly Elliotâ at the Cannes festival that he agreed immediately to write the songs for the stage musical version. Sir Elton shared that the theme of a father failing to understand the artistic aspirations of his son resonated with his own youth.

This touching story and dynamic musical score will be a powerful beginning to a memorable season at the Playhouse.

Andrew Lloyd Webberâs musical, âLove Never Dies,â opens the 2018-19 Willis Broadway Series, running Oct. 16-21 at the Des Moines Civic Center. This sequel to âThe Phantom of the Operaâ brings a new energy and new setting for one of the most successful musicals of all time.

Sharing insights from within the touring company, Sean Thompson, who performs the role of Christineâs love interest, Raoul, exclaimed, âEven if you donât know anything about âPhantom of the Opera,â itâs an amazing visual show. Our director, Simon Phillips, is from Australia â heâs a brilliant visionary. It looks like nothing else youâll see on Broadway or on tour.â

Thompson started his Broadway career performing opposite Glenn Close in another stellar Sir Lloyd Webber show, âSunset Boulevard.â He is savoring every moment of this current tour, stating that he âfell in love with âPhantomâ when I was in sixth grade.â

When asked about the look and feel of âLove Never Dies,â he says, ââ¦thereâs a brilliant designer named Gabriela Tylesova who works with Simon and designed the set and costumes in tandem. Theyâre amazing and beautiful and kind of freaky to look at, which is just perfect for the setting, which is a circus sideshow in Coney Island in 1907.
âAside from what it looks like, youâve got a brand new score from Andrew Lloyd Webber,â Thompson continues. âI play Raoul, the love interest, the hero of the story. In âLove Never Dies,â the audiences get to know Raoul better, including the psychology of why heâs become who he is. Raoul also sings a duet with the Phantom, a battle head-on-head, for Christine.â

Whether a forever âphanâ of âThe Phantomâ or a newcomer to this musical story, âLove Never Diesâ promises to be an unforgettable evening presented by a stellar cast.