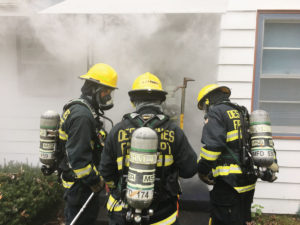 The Iowa Department of Revenue has projected it will pay the City about $37 million during the first year of the Local Option Sales and Services Tax (LOSST), which voters approved in March 2019. That number is based historically on the amount of sales tax that is collected within an area.

From August 2019 to February 2020, the original estimate decreased by about $4 million. 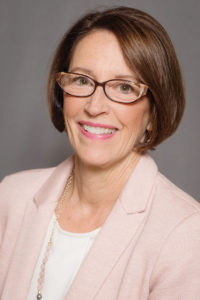 The largest chunk of the money, $18.5 million, is designated for paying off debt in order to reduce property taxes, says Nick Schaul, the Cityâs interim finance director.

As a result of the sales tax, property taxes declined about $62 for a home assessed at $121,000, which is the average assessment of a Des Moines home, he says. The sales tax money went toward paying off debt, which Schaul says resulted in a 90-cent cut in the Cityâs portion of taxes.

About $5.9 million the first year has been saved in a reserve fund to prepare for fluctuations in future tax payments.

âWhat weâre trying to do is build a reserve to withstand some of the downturns or lower payments,â Schaul says.

Sales tax payments change with economic conditions. As a result, City officials were already preparing to reduce their 2020-21 fiscal year LOSST budget from $46 million to $43.9 million. That amount is likely to be further reduced with the current economic downtown caused by the global pandemic COVID-19.

Des Moines City leaders have been able to demolish 42 nuisance houses with another 22 scheduled for demolition in a program referred to as âBlitz on Blight.â

The city council had declared some of these houses public nuisances more than a decade ago, according to city records. City officials have earmarked $3 million in sales tax money a year toward the âBlitzâ initiative. Previously, they were limited to spending $200,000 a year in grant money, which could only be used in particular areas of the city depending upon the neighborhood income level.

As part of the effort, the council designated about $700,000 in sales tax revenues for a property maintenance program to address homes before they get to the level of public nuisance. Donovan says this is the first step in preventing a house from slipping into further decline. The money is not to conduct the repairs but to connect the homeowner with resources that can further assist them.

The City will hire four inspectors in July and another four in January 2021 to implement the program and work with community groups, neighborhood associations and others to improve properties, Donovan says.

âWeâre trying to improve the general neighborhood feel,â Donovan says. âIf you have those houses that need paint or just arenât being cared for, it drags down the whole neighborhood. If you can get people to invest in the exteriors, it stabilizes the street. If itâs vacant, we want to get to it before it becomes a nuisance and turn it over to a different owner or get the current owner to get it up to code from the exterior so it doesnât become a blight.â

Through Blitz on Blight, 17 properties are under agreement for rehabilitation. Another 160 have either been declared nuisances or had council or court action taken against their owners.

About $1 million had been spent on the program as of mid-March. On average, it costs about $30,000 to tear down a nuisance house.
About six or seven houses were torn down each year under the previous budgeted amount of $200,000. 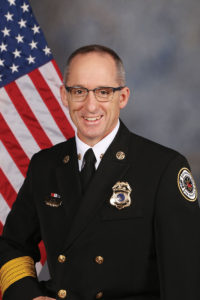 The amount of money spent on street improvements in the city increased to $5 million for the current fiscal year and $7 million for subsequent years, beginning with the new fiscal year on July 1.

The street improvements include a variety of roadway rehabilitation and construction projects, Public Works Director Jonathan Gano says. City officials plan to increase the amount of overall money â from LOSST revenues, grants, other taxes and additional revenue sources â that are budgeted for streets projects from about $30 million to more than $90 million by 2023.

Boesen, the councilwoman, says once residents see street work happening, such as the road work near 47th Street and other areas of Beaverdale, theyâre pleased with the results.

âThe conditions of our roads is such that itâs an ongoing issue,â she says. âWeâre trying to catch up on things that have been put on the backburner because we didnât have the funding to do it.â

Portions of the sales tax also will go toward other projects that are designed to improve neighborhoods. This includes $800,000 to the Neighborhood Development Corp.

About $400,000 is designated this fiscal year and for future years to create a fund for flood prevention buyouts. Schaul, the interim finance director, says there are about 240 homes that lie within the flood plain area, 62 of which are in the Four Mile Creek area.

âThis will put money off to the side so that, when the opportunity presents itself to be able to purchase houses that are in the flood plain, we will so that we donât have people being inundated with flooding,â he says.

The plan is to purchase a few more homes within the Four Mile area, remove the infrastructure and turn over the area to Polk County Conservation to maintain as a green space, Schaul says. Information about the specific homes that are targeted for the buyout was not available.

Sales tax pays for firefighters, frees up other money for department 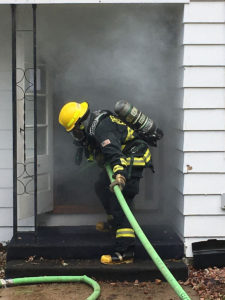 About $1.3 million each year is used to pay for 13 firefighter positions. Those positions had originally been paid for through the Staffing for Adequate Fire and Emergency Response (SAFER) Grants program, but the grant expired June 30, 2019. The grant had paid for the positions for two years.

âThe LOSST money gave us the capacity to maintain those positions later,â Fire Chief John TeKippe says, adding that city officials had already committed to not increasing property taxes to pay for the positions when they applied for the SAFER grant. âWe were going to look for new means of revenues.â

The 13 positions are the number the department needs to fill frontline apparatus in order to meet response times set by industry standards, he says. Each position costs about $100,000, which includes salary, benefits and personal equipment.

By using a portion of the sales tax money to alleviate current debt, the city has allocated other money to pay for a new Station 11 in northeast Des Moines to improve response times. Construction will finish in 2021. It will be staffed with a new ambulance and its crew, and an existing fire engine and its firefighters will shift from another station.

Station 3 at Easton Boulevard and Hubbell Avenue will be repaired, as will other stations during the next few years. With each station, department officials and City leaders will consider whether to remodel or replace the building, either at its current site or another location to meet response time needs, TeKippe says.

The sales tax vote was a challenge to voters to decide what level of service they wanted for their fire department and to authorize the cost to make it happen, he says.

âThey went out and voted and said, yes, they want that, and weâre following through on that promise,â TeKippe says.

Boesen, the councilwoman, says this is another example of repairs and updates being done sooner than later.