Playing music in your business?

Here is what every business owner should know about licensing. 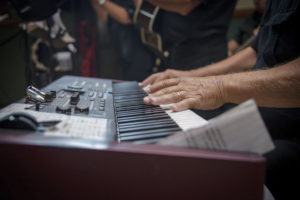 Businesses and music have been intertwined for years. As part of an overall marketing effort, businesses create ambiance and atmosphere
through the use of music to influence customersâ moods and buying habits.

The National Restaurant Association says music choice can either turn tables over more quickly or encourage patrons to slow down and enjoy their meal. The association cites a Journal of Culinary Science and Technology study that found diners thought their food tasted the best when classical music was softly played and there was the presence of subtle background chatter. However, when there was no music, diners thought the sounds of cutlery were noisy.

Likewise, music that appeals to the listenerâs pleasure center of the brain that releases oxytocin, dopamine and serotonin has been shown to make shoppers behave differently in retail stores, even in customer service lines.

These reasons, and others, are why many business owners choose to play music within their store or restaurant. Playing music, whether itâs lyrical or not, live or recorded, must follow copyright laws that require the user to receive permission from the songwriter and composer before the music is played publicly.

It is a complicated process but one that all owners and managers of businesses, large and small, should understand or risk significant fines.

Do I need a license?

There are many reasons why business owners play music within their store or restaurant. The owner should consider his or her needs and then select the appropriate music.

Music, both live and recorded, is protected by federal copyright laws that are designed to ensure the songwriter and composer receive royalties and compensation for the use of their original material. Copyright laws protect against the use and/or copying of songwritersâ and producersâ work without a license to play it.

Chris Proskey, an attorney at BrownWinick in Des Moines and co-chair of the firmâs intellectual property practice group, says that, essentially, any business that plays music for a public audience, whether itâs recorded background music or a live performance, must pay a commercial or public display license in order to comply with copyright laws.

âItâs just like doing your taxes or paying your rent,â he explains. âItâs a cost of doing business.â

A standard subscription to a streaming service such as Spotify or Pandora does not cover commercial use, nor does music that may have come already programmed on an iPod or from the music of a CD. Most of those services or purchases specify that they are for personal use only.

âPlaying the radio or their Spotify, which is intended for personal use, isnât acceptable,â Proskey says. âThey are creating an environment that is inviting for people in their restaurant that they can profit from. If theyâre using music to create that inviting environment, the music creators and performers should be paid for the benefit they provide.â

Some music services such as Sirius XM for business and Pandora for Business include performing rights licensing fees in them, but business owners need to purchase the business version and ensure it includes music licensing fees.

Most larger chain restaurants and businesses understand that music licensing is a necessity. However, it can catch smaller businesses by surprise and often falls into the ânever-thought-of-that category,â Proskey says.

âItâs something that can sneak up on a lot of small businesses,â he says.

How do I obtain a license? 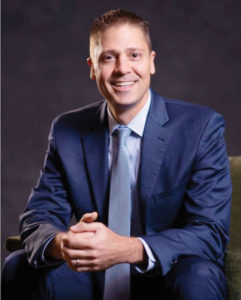 Chris Proskey is an attorney at BrownWinick in Des Moines and co-chair of the firmâs intellectual property practice group. Photo submitted

Music licensing is handled through performing rights organizations such as the American Society of Composers, Authors and Publishers (ASCAP), Broadcast Music Inc. (BMI) and SESAC. The organizations, called PROs, manage music rights and handle licensing for businesses and organizations that want to publicly play music. In exchange, they send royalties to the copyright owners of the music. Both ASCAP and BMI say they return 90 cents of every dollar collected to the music owner.

While the PROs represent thousands, if not millions, of musical works, songwriters, composers and music publishers, each represents different ones. This requires business owners to purchase a blanket license from each PRO.

Most venue owners understand the need to ensure the music owner is compensated for his or her work, but the overall licensing system is complicated and archaic, says Max Wellman, a musician who is also the general manager and part owner of Noce in Des Moines.

âIt is a very complicated issue for vendors and performers,â says Wellman, who has been on both sides of the licensing issue as both a venue owner and musician.

Several years ago, Wellman was set to be the house musician at a new venue opening in Georgia that would host live music six nights a week. After the venue realized how much it would cost for them to obtain PRO licenses annually, they changed their business model and could no longer afford to offer live music.

âThat was very interesting to see go down as a live musician â and personally devastating,â Wellman says.

Many PROs have licensing information on their websites, as well as the ability to apply for a license online.

John Johnson, the senior vice president of licensing for ASCAP, says hundreds of thousands of businesses are licensed through his organization. Most business owners proactively purchase their licenses and obtain permission for playing music, he says.

What does a license cost?

The cost of the license will depend upon numerous factors: the type of business, the square footage of the site, the number of speakers, whether itâs recorded or live music, whether there will be a cover charge, the number of patrons, how many nights music will be played and other conditions such as whether a disc jockey will be changing the music in any way.

When Wellman and Maria Filippone were ready to open Noce at the end of 2015, they knew music licensing would be a significant annual cost. They donât have bands submit set lists in advance of their performances, so they license with all PROs to ensure they have all music â from live performances to background music â covered.

Wellman didnât disclose the exact amount the business pays in license fees but says itâs thousands of dollars a year.

Bars that do not play live music can pay between $500 to $1,500 to each PRO annually. Those with live music have a higher licensing fee, according to Bar Business Owner, an online membership organization and resource for bar owners.

Intellectual property attorneys recommend a business owner consult an attorney who specializes in the area of copyright law to ensure they are required to obtain a license before the business begins to play music. Copyright law does have a few exceptions mostly when it comes to educational and charitable events, the size of the facility and from what the music is being played. Some music streaming providers also have a component that comes with a usage license, which is why itâs a good idea to read the fine print of terms and conditions to see whatâs covered, attorneys say.

Johnson says most small businesses will pay less than $3 a day for music licensing. Larger businesses and live music venues may pay up to
$12,000 a year to a PRO, he says.

Licenses are renewed on an annual basis, so business owners need to update their music usage with the PROs at the time of renewal.

A BMI music license for restaurants and bars can cost $378 per year, according to Jodie Thomas, the executive director of corporate
communications and media relations for BMI. The average BMI license fee for restaurants or bars is about $800 per year.

What do I do about live performances, other types of music?

Business owners who plan to have live music must notify the PRO of the way the music will be used. The license then purchased will cover live performances including musicians who play original music, as well as cover other performersâ songs.

As a musician, Wellman says he performs both original material as well as othersâ music. He says thereâs been questions among musicians and songwriters about where the fees paid to PROs go and the feeling that the royalties paid do not match the amount of money taken in.

The fees also have caused some venues to struggle financially, specifically the Georgia venue where Wellman was set to perform.

âIt did seem like an egregious fee,â he says. âThey determined it wasnât doable.â

Music licensing must also cover music that is played by a DJ or sang during karaoke nights, Thomas says.

If the business operates a jukebox, it will need to obtain a license from the Jukebox License Office, which should cover all artists represented by PROs. Most jukebox vendors include music licensing in the lease price, but owners should verify that at the time of lease.

What if I donât obtain a license? 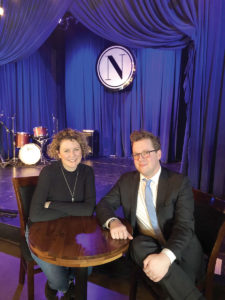 BMI is what is known as a music performing right organization. A performing right organization represents songwriters, composers and music publishers. Often called PROs, these companies collect license fees from businesses that use music, including television and radio stations; broadcast and cable networks; new media, including the Internet and mobile technologies; satellite audio services like XM and Sirius; nightclubs, hotels, bars, restaurants and other venues; digital jukeboxes; and live concerts. These license fees are then distributed as royalties to the songwriters, composers and music publishers the PROs represent. BMI has been in operation for more than 75 years, is recognized in U.S. copyright law as a licensor of music, and currently represents more than 1 million copyright owners and their 15 million musical works. Attorneys say itâs better to be in front of the issue than to deal with threatened litigation, which can be more expensive.

PROs have sent representatives to bars, restaurants, clubs and other venues to listen to the music that is being played and then verify licensing. If there is not a license, the owner will receive a notification of the violations and the requirements of music licensing.

Some business owners have argued against these checks, saying PROs, unless conducting a check, have no idea what songs are being played, so they wouldnât normally be able to correctly pay artists their earned royalties for each time a song is played, according to Bar Business Owner. If a business owner receives a letter or threat from a PRO, the organization recommends the owner not ignore the threat but instead immediately consult an attorney.

Copyright law allows the owner of the music to recover damages that range from $750 per violation to $150,000 if a judge decides the infringement was purposeful.

Johnson with ASCAP says most times live music venues advertise their music, so spot checks can be done that way to determine whether the venue has the appropriate license. ASCAP representatives also check with business owners through phone calls and email.

âOur whole point of this isnât to catch people doing the wrong thing; itâs really to encourage people to do the right thing: paying the permission of the songwriters and publishers in advance,â he says.

Thomas with BMI says legal action is a last resort.

âWhen we see that a business is performing music but doesnât have a BMI music license in place, we realize we have an opportunity to educate business owners on music licensing and work with them so that music benefits everyone,â she says. ♦