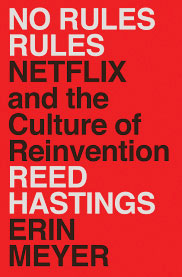 Itâs not a stretch to say that Netflix has, in the course of its existence, reinvented TV and, to a certain extent, entertainment media as a whole. How such an innovation took place, however, and the corporate revolution inherent in the business is a fascinating and illuminating story.

Business-minded folks, media nerds and even just average Netflix consumers can learn a great deal about the world behind the ubiquitous
service in this new book from Netflix CEO Reed Hastings. Both a historical look at the company and its effect on media, as well as a manual for building a massive company during massive technological change, this book serves its dual purposes â to inform and to instruct â in an easy-to-read, conversational style.

Given the current state of the world, itâs worth the time to understand how Netflix got here. There is also valuable insight for anyone with an interest in Silicon Valley and the power of technology â something we are all in need of understanding. ♦ 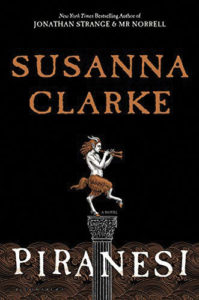 Susanna Clarkeâs âJonathan Strange and Mr Norrellâ took the fantasy world by storm in the early 2000s with good reason. It was a door
stopper of a novel that appealed to seasoned genre readers and newcomers alike. Weâve had to wait almost two decades for a new Susanna
Clarke novel, and, thankfully, it was more than worth the wait.

Piranesi lives in a massive maze of a house that is inexplicably filled with water, statues and mysteries that keep Piranesi ever exploring. He
believes himself to be one of only two living people in the house. The Other is a man known only as that, whose motives are as mysterious as the house itself.

Itâs hard to discuss âPiranesiâ without giving too much away, but, suffice to say, if you come into the book expecting anything like Clarkeâs previous work, youâll be quickly disabused of that notion. The only things the two books have in common are rich, gorgeous writing and an undefinable sense of quirkiness. If you are the type of reader always looking for something new and surprising, âPiranesiâ is a perfect choice. ♦