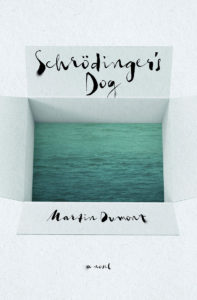 Following the death of his wife almost 20 years ago, Yanis MarÃ¨s was left to raise his son, Pierre, now a college student and aspiring writer. A cab driver, Yanis has been able to arrange his schedule to allow him to have a close relationship with Pierre; the two even have a shared love of deep-sea diving.

After a dive that leaves him exhausted, Pierre is diagnosed with advanced pancreatic cancer. Father and son are plunged into a medical maze of doctors, surgery and treatment. As Yanis blames himself for missing the signs that Pierre was sick, he must also face his in-laws, causing him to re-visit the circumstances of his wifeâs death. In addition, Yanis orchestrates a scheme that he believes will bring Pierre a sense of accomplishment before he dies.

Dumont masterfully captures the guilt, anger, fear and grief that surely come with every parentâs worst nightmare. We are there in the doctorâs office awaiting the diagnosis, dissecting every word, desperate for more information and ultimately asking ourselves how far we would go to give someone a feeling of fulfillment and peace in his or her final hours. ♦ 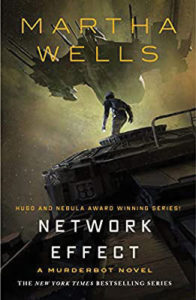 I might sound a bit quarantine-crazy when I tell you that the most relatable character Iâve read these past months is a sentient robot who has been programmed to kill. Paranoid, grouchy and more than a little confused by the humans in its life, Murderbot is quite simply a delight to read, even for a measly human.

Starting as a series of short stories â all worth reading by the way â the saga of Murderbot has taken the science fiction genre by storm with laugh-out-loud observations, sharp insights and a surprising range of emotional twists. Itâs lovely writing, an unpredictable mystery, and far more uplifting than any book about an assassin should be.

What does it say about the world that so many have found a literary friend in the character of a killer robot? I think itâs a testament to Martha Wellsâ ingenuity, skill and excellent sense of humor. Itâs also probably a sign of the times, but letâs not read too much into it. Read this excellent book instead. ♦