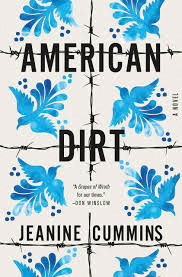 âAmerican Dirtâ tells the story of Lydia and her son, Luca. They are migrants heading toward the United States, fleeing a vengeful cartel. Jeanine Cummins shares their gruesome journey in picturesque detail. The reader is transported to the top of La Bastia beside Lydia, Luca and the band of migrants who they are traveling with. The readerâs heart breaks with them along the way with each hardship they face. âAmerican Dirtâ is a book that I wonât soon forget. An edge-of-your-seat page-turner at times, others a moving story of a motherâs love for her child and the will to survive. Much like âThe Grapes of Wrathâ humanized a migration happening in the United States, Cummins humanizes the current migration happening along the southern border. ♦ 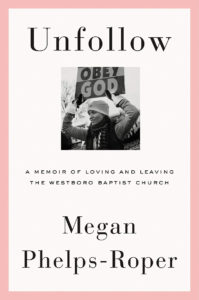 âUnfollow: A Memoir of Loving and Leaving the Westboro Baptist Churchâ

Megan Phelps-Roper grew up on the picket line along with members of the Westboro Baptist Church in Topeka, Kansas, who gathered to protest what they saw as modern societyâs widespread rejection of biblical values. The extended Phelps family makes up the vast majority of the churchâs membership, and the author is the granddaughter of the churchâs founder and leader, the late Fred Phelps.

As the church protests mushroomed and began to include funerals of military members and victims of tragedies, attention on them grew, and the public was largely repulsed. With the social media skills of a millennial, Megan took charge of the churchâs Twitter account where she was forced to defend its practices. As Twitter skeptics poked holes in her logic, she grew increasingly doubtful of her churchâs virtue.

Much of what the author depicts is unquestionably cult-like. While she eventually left the church, suffering the shunning of her own parents as a result, her memories are nuanced and perhaps eye-opening. She describes a family that was intelligent, polite to others, and loving and
supportive to her. ♦