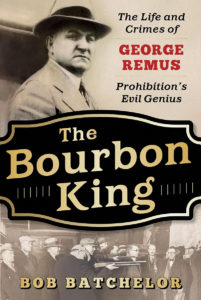 The son of German immigrants, George Remus became a pharmacist at a young age and soon became a lawyer. He was a theatrical lawyer, at times mixing his knowledge of pharmacy and the law to the benefit of his clients. On Oct. 28, 1919, Congress passed The Volstead Act, providing for enforcement of Prohibition. Remus bought an empire of distilleries and made use of a loophole in the law to market Kentucky bourbon as a medicinal product. He expanded his kingdom to a large part of the Midwest and along the East Coast. Batchelorâs biography brings the seedy underworld of the 1920s fully to life with tales of corruption of President Warren G. Hardingâs attorney general and the bootlegging trade.

Remus was eventually sent to prison. During his time there, his wife and the G-man who sent him there became lovers. When Remus got out of prison, he shot his wife. He represented himself in the first successful âtransitory maniacal insanityâ plea in American history.
This book will be a hit with true crime aficionados. It is a timely tale for the centennial of Prohibition. ♦ â Review by Harriet Leitch 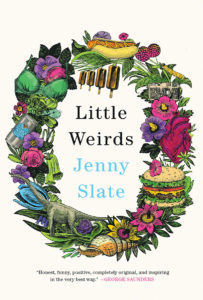 âLittle Weirdsâ is a lovely collection of essays from comedian and actress Jenny Slate. Yes, it certainly is often weird, but above that, it is poignant, vulnerable, generous and kind. To do it justice, this is a book to be savored, a few pages at a time. I felt myself being filled with the unique beauty of her craft, her ability to paint incredible pictures with her words. After most of the chapters, I just had to set it down, catch my breath and reflect. Amid the broad scope of her observations, she expresses what many people are feeling these days: that we are tired of arguments and bullying and agree that it is possible to be able to respectfully discuss, listen and, if need be, agree to disagree. At that point, we can move on to have a clearer idea of what we want our voice in the world to sound like and pull the weeds out of our inner gardens to allow them to flourish.

If you are looking for a gift for someone special, this may be it. As Slate puts it, âHello! I looked into my brain and found a book. Here it is.â I would add to that that she looked into her heart and found these words, and Iâm glad she did. ♦ â Review by Shirley Shiffler