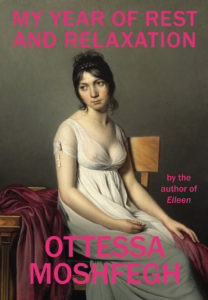 âMy Year of Rest and Relaxationâ

The unnamed narrator of âMy Year of Rest and Relaxationâ has one goal in mind: to remain asleep for as much of the day as possible. She accomplishes this goal by finding a quack psychiatrist who is willing to prescribe her an elaborate mix of sleeping and antianxiety medication. With these medication cocktails, the narrator is able to sleep for 22 hours of the day. Eventually the narrator discovers that sometimes when she thinks sheâs asleep, she is in fact buying mass quantities of take-out Chinese or shopping for clothes. The entire story takes place right before 9/11, which adds to the eerie feeling that permeates this novel. Moshfeghâs ability to write a story with an objectively bad main character who remains compulsively readable is the sign of a true master. ♦ 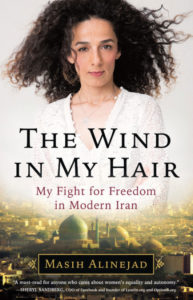 âThe Wind in My Hairâ

Masih Alinejad grew up in a poor, rural Iranian village in the years following the Islamic Revolution. Her parents were uneducated and devoutly Muslim. A rebellious free spirit, she got into more than a little mischief in school. While her parents were often dismayed by her antics, they were loving and supportive of her efforts to earn an education.

As a high school student, Masih helped form an underground political movement that resulted in an end to her educational career, as well as a stint in prison. Still, she managed to worm her way into a career as a journalist where she specialized in shocking both friend and foe with her willingness to confront.

Eventually exiled in the United Kingdom, she mastered English, earned a college degree, and continued to work as a journalist covering Iran for various media outlets as well as social media. Her My Stealthy Freedom Facebook page started a burgeoning movement to end compulsory wearing of the hijab by women in Iran.

As both an absorbing personal memoir and a call to action for womenâs equality, âThe Wind in My Hairâ is a compelling read. ♦