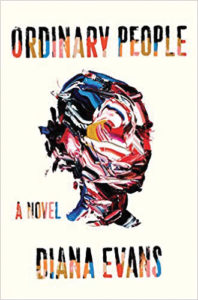 Ordinary People, like the title would suggest, tells the story of ordinary people and their ordinary problems. Diana Evans tells the story of two couples. Melissa and Michael, who have just had their second child together, are struggling with the roles they find themselves in. The second couple is Damian and Stephanie, who have been
having marital problems since the death of Damianâs father. âOrdinary Peopleâ is about love and longing, an exploration of the push and pull of relationships, the struggle between contentment and the hunger for something more. Diana Evans has created the perfect representation of what I love about books and reading. A story that is relatable but told with such elegance it makes the reader see the beauty in everyday life. ♦
â Reviewed by Hunter Gillum

Tara Westover was raised with six siblings in a strict Mormon household on an Idaho farm. Her increasingly paranoid father did not believe in medical care, education, the government or much of anything, other than church, outside the familyâs domain. He earned a meager living salvaging metal. While ever the submissive wife, her mother worked as an unlicensed midwife and homeopathic practitioner. She âhome-schooledâ her children by handing
them workbooks they could use to teach themselves.

Tara loved to read and immersed herself in everything she could get past the watchful eyes of her controlling father. Miraculously, she was able to study for the SAT and gain admission to Brigham Young University. She was both smart and driven but nonetheless woefully ignorant and struggled to keep up with college students who had graduated from a real high school.

Taraâs perseverance led eventually to a Gates fellowship and a PhD from Cambridge. The cost of her academic success, however, was the loss of much of her family, who felt compelled to shun her. This is a beautifully written
memoir of a harrowing childhood and the sometimes bittersweet consequences of the authorâs academic and personal triumph. ♦
â Review by Sally Wisdom