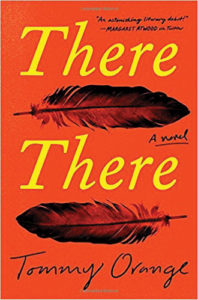 âThere Thereâ is an incredible debut novel by Tommy Orange. It follows a dozen different Native American perspectives all coalescing around a powwow taking place in Oakland, California. Tommy Orange breathes life into each of these characters and paints a vivid picture of what itâs like to be a modern Native American. He also looks at what itâs like to be an urban Native American, how to take old traditions and make them more modern, and asks if something is lost when making them modern. This book is one of the most impressive debuts I have read. The structure of the book is remarkable. âThere Thereâ is for readers of âHomegoingâ by Gyasi. âThere Thereâ will inevitably be one of my favorite books of 2018. ♦
â Review by Hunter Gillum 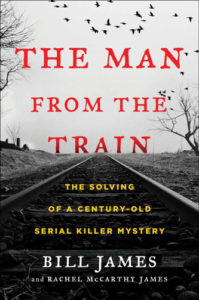 âThe Man from the Train: The Solving of a Century-Old Serial Killer Mysteryâ

In June 1912, an entire family of six and two young neighbor girls were murdered in their beds in Villisca. The event was so shocking and ghastly that most Iowans have at least a vague knowledge of its occurrence and that the murders remain unsolved.

Digging through old newspapers and court records, baseball writer and statistician Bill James and his daughter unearthed accounts of dozens of murders throughout the country with remarkable similarities. They appeared to be random, victims were asleep in their beds, killings were carried out with the blunt side of an ax, valuables were left in plain sight, and locations were walking distance from a train stop. Because Iowa had a thriving newspaper industry, coverage was widespread and the Villisca murders remain the most famous. Memories of others, less-documented, have faded into oblivion.

James traces the beginning of the spree to an 1898 murder in Massachusetts. He presents a convincing case that the identified but never apprehended suspect in that murder was responsible for the others. Written in a lively, conversational style, this book will appeal to those interested in Iowa and early 20th century American history, as well as true crime fans. ♦
â Review by Sally Wisdom