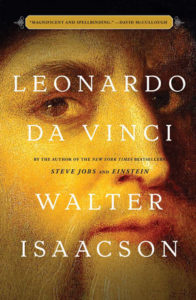 In a wonderfully wrought volume, Walter Isaacson describes the life of Leonardo Da Vinci in engaging prose accompanied by many examples of his art, drawings and notes. The book is heavy due to the fine paper used
throughout, which is necessary to bring his art to the reader. It is a must have for a home library.

As expected of a biography, Isaacson briefly describes Leonardoâs early life as an illegitimate son in a family of notaries. As such, he did not receive a formal education but experienced nature and experimented instead. Throughout his life, Leonardo joined his art and his love of science in a most unique way.

Isaacson distills Leonardoâs life in some lessons: Be curious, relentlessly curious; Seek knowledge for its own sake; Retain a childlike sense of wonder; Start with the details; See things unseen; Go down rabbit holes; Respect facts;
Collaborate; Make lists; Take notes, on paper. This last lesson was perhaps most important in allowing Isaacson, as well as others seeking to know Leonardo, access to his magnificent life. ♦
â Review by Harriet Leitch 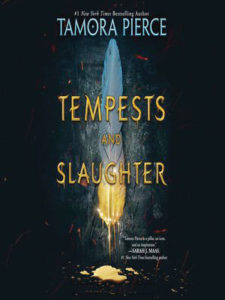 Tamora Pierce is a wizard. Itâs the only explanation for how I pick up one of her books and suddenly itâs 12 hours later and Iâm closing the book, salivating for the next one. Her first book, âAlanna: The First Adventure,â was published in the 1980s, and Tortall and its denizens have been a source of wonder and delight for thousands ever since, myself included.

In her newest offering, Pierce switches her lens to a new type of hero â the boy once known as Arram Draper â and a new setting in the Carthaki Empire. The youngest student at the Imperial University, Arram will learn of his incredible potential for magic, trouble and friendship. Exploring the origins of many familiar places and characters, this is a book of beginnings and is full of so much heart.

A departure from her usual strong female leads, Pierce nevertheless maintains the magnetically readable, diverse and intimate storytelling that has nurtured so many minds over the decades. This book is a gem. ♦
â Review by Julie Goodrich