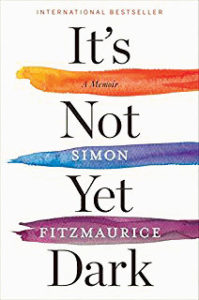 Simon Fitzmaurice is an award-winning Irish writer and film director, and his beautiful memoir â a No. 1 bestseller when it was published in Ireland â is his courageous story of being afflicted with ALS (Lou Gehrigâs disease).

A month after he receives a call from the Sundance Film Festival with news they would like to screen his film, he is walking in Dublin when he hears âa strange sound,â and his âfoot drops.â Itâs the first sign that somethingâs wrong, and soon after he is told he has a motor neuron disease. It is 2008, and the doctor tells him he has three to four years to live.

With sparse, pretty language, his narrative is breezy but clear and elegant: he wants to live. Very much in love with his wife and with a third child on the way, with a loving and supporting family and a burgeoning career, he has a âlove for life in general.â As his disease progresses and he loses his abilities quickly, he continues to participate in life with the use of a home ventilator and specialized equipment. He continues to write and direct films and to enjoy his family, including the birth of twins â his fourth and fifth children. Fitzmaurice defies the doctorâs projected life expectancy, and although there are intense struggles and difficulties, he continues a meaningful life surrounded by his family. ♦ â Review by Fay Jones 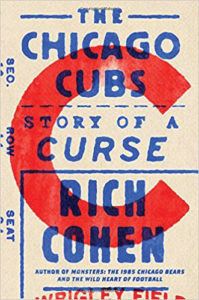 In âThe Chicago Cubs: Story of a Curse,â Rich Cohen looks back after the 2016 World Series win on the storied past of the Chicago Cubs going from one of the best baseball teams to the loveable losers and owners of the worldâs longest championship drought. Cohen tries to establish the true source of the curse. Was it the goat or perhaps something from much earlier? It seems that the longer the drought, the more established the curse. âThe Chicago Cubs: Story of a Curseâ is a mix of baseball history and memoir. Cohen perfectly captures what it means to be a Cubs fan, but more generally what it means to be a sports fan and what it means to root for the loveable losers in the shadow of a curse. I would recommend this book to not only Cubs fans but also all fans of the game. Itâs a little something to tide a fan over until opening day. ♦ â Review by Hunter Gillum