Thursday, September 23, 2021
Join our email blast
At Home With 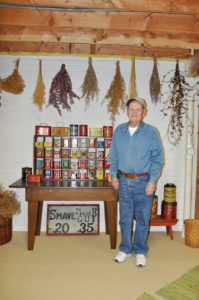 While in Massachusetts visiting his daughter, Lee Schweerâs breath was taken away by New Englandâs colonial-style homes. Upon returning to Des Moines, he went to work with the fury of a Norâeaster. Duplicating that kind of spacious, cozy and high-quality ambiance hasnât been easy, but Schweerâs heart is happy with the outcome. He enjoys his carefully crafted slice of New England that is tucked within Johnston in Des Moinesâ northwest suburbs.

After constructing the home to capture traditional colonial style, Schweerâs abode stands out as one-of-a-kind. His furnishings and decor include antiques, some of which are 100 years old or more.

âYou have to be half nuts to be into this stuff,â laughs Schweer.

Even before building the house, Schweer and his wife had an interest in antiques. First he went for old tobacco tins. Then he became interested in duck decoys. Next he was into antique furniture. After that, Schweer started visiting antique shows and stores throughout the Midwest and New England, amassing quite a collection. In 2001, following his wifeâs passing, Schweer began building the home they both dreamed about.

Colonial-style authenticity was the aim. There is no overhanging roof or porch, and there is a transom for the front door. Builders and contractors unfamiliar with the style worked from magazine pictures Schweer showed them.

Upon entering the home, one is awed by the eastern white pine floors with a distinct New England touch. The lightly painted walls accent the pine. All of it is traditional to colonial style.

A collection of antique furniture and other rare items adorn the home. The atmosphere is finished with tables, chairs and cabinets with just the right type of wear. 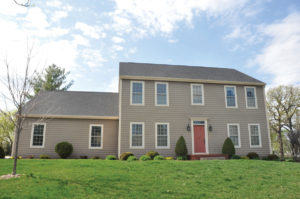 âI just like the look of this stuff,â he says. âIt just grows on you.â

Careful consideration has gone into the placement of each item in the house. Knowing exactly where each antique would be placed before buying it, Schweer has left nothing to chance. His inspiration comes from home and living magazines, and large stacks are neatly piled in his basement.

âIt becomes kind of an obsession,â he admits.

With that said, Schweer is no longer actively buying at shows and shops to avoid cluttering his home. While some of these possessions are rare, Schweer notes that his collection isnât growing more valuable with age.

âPeople these days arenât buying these things,â he says. âItâs like a car. You drive it out, and itâs depreciated. Itâs the same with these antiques.â

But you canât put a price on the warm glow of walking in the door and immediately feeling welcome. ♦